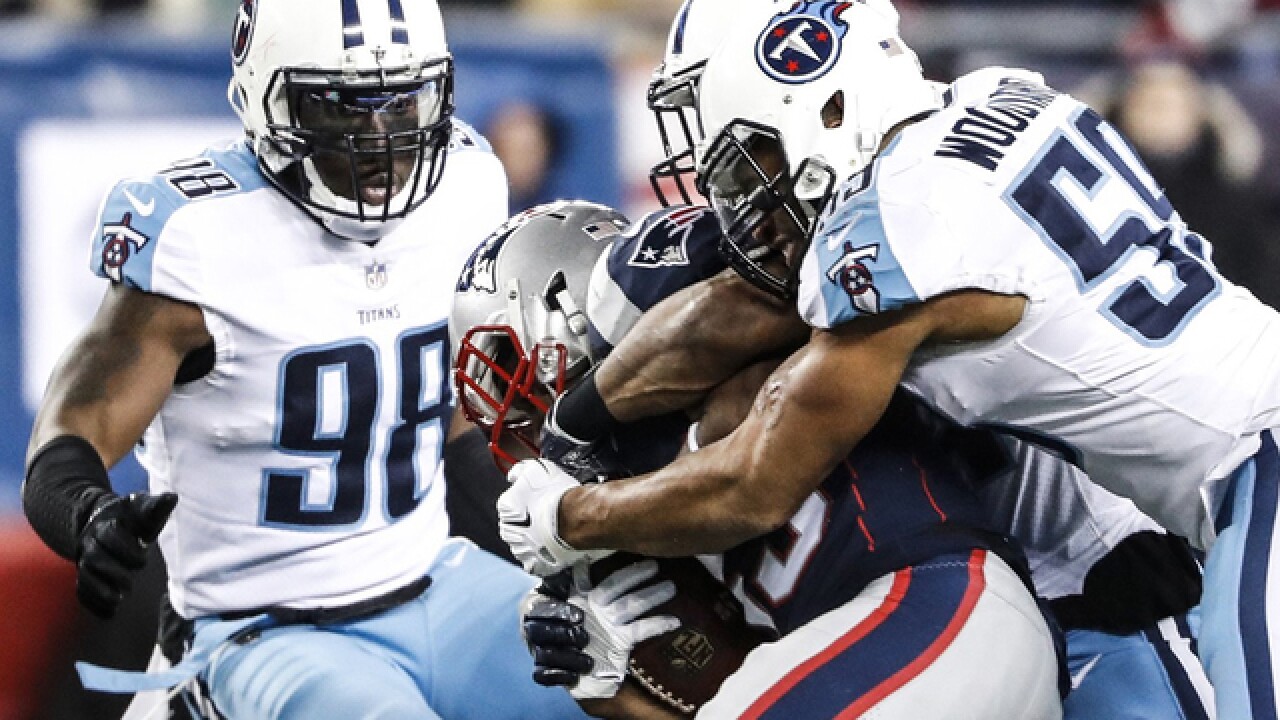 Copyright 2018 Scripps Media, Inc. All rights reserved. This material may not be published, broadcast, rewritten, or redistributed.
&lt;p&gt;Courtesy: Tennessee Titans on Twitter&lt;/p&gt;

Tom Brady passed for three touchdowns and 337 yards, and the New England Patriots cruised past the Tennessee Titans 35-14 on Saturday night to advance to their seventh consecutive AFC championship game.

New England (14-3) will host the winner of Sunday's divisional matchup between Jacksonville and Pittsburgh.

It was Brady's 10th career postseason game with at least three TD tosses, moving him past Joe Montana for the most in NFL history. James White caught a touchdown pass and ran for another, and Danny Amendola had 11 catches for 112 yards.

Marcus Mariota completed 22 of 37 passes for 254 yards and two touchdowns, but was under duress for most of the second half. He was sacked eight times, a Patriots playoff record.