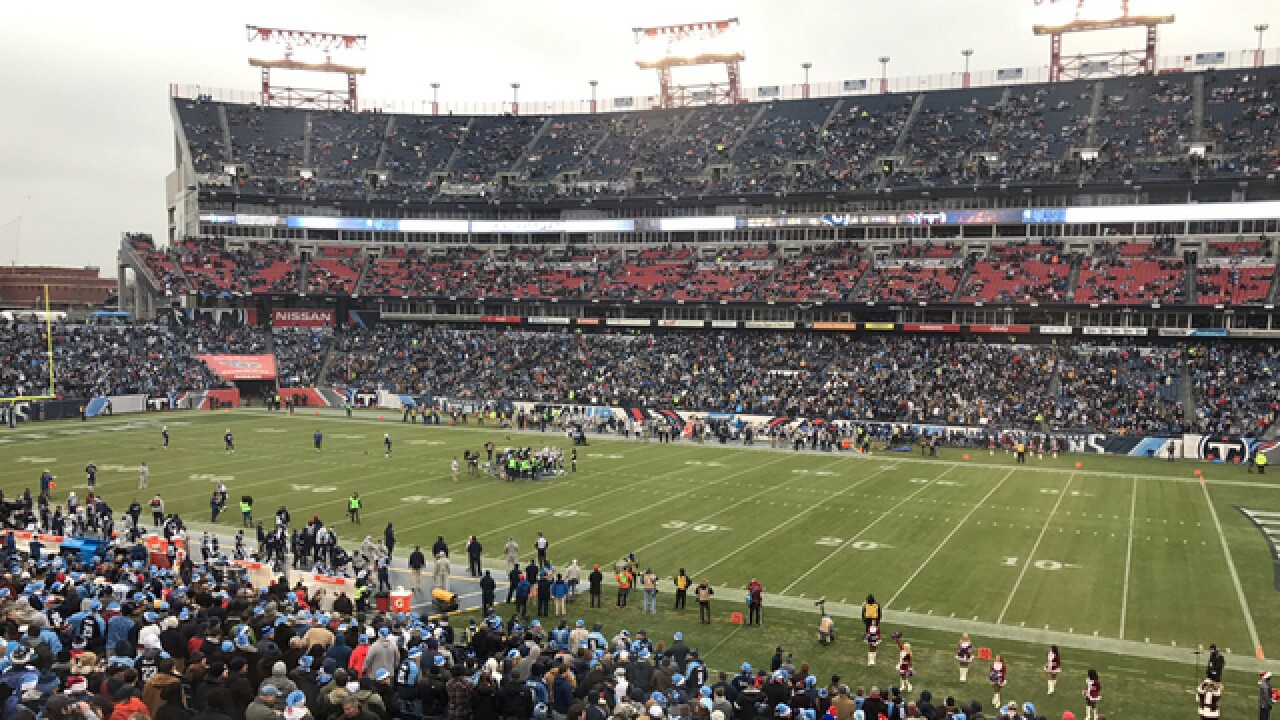 Jared Goff threw a 14-yard touchdown pass to Cooper Kupp with 11:51 left, and the Los Angeles Rams held off the Tennessee Titans 27-23 on Sunday to clinch their first NFC West title since 2003.

The Rams (11-4) came in needing a win or a loss by Seattle to secure the division. They took care of business themselves, with Todd Gurley II and Goff leading the way again.

The Titans (8-7) lost their third straight game, damaging their chances of ending their own playoff drought stretching to 2008.

The Titans had the ball and a chance to win late in the game. On fourth-and-4 at the Rams 44, Marcus Mariota rolled right and chucked the ball incomplete under pressure from Connor Barwin.

The Rams ran out the final 1:35 for their second straight victory and fourth in five games.

Greg Zuerlein was placed on injured reserve Wednesday, and the Rams really missed their Pro Bowl kicker. Instead of letting Sam Ficken kick with Los Angeles at the Titans 32 on their opening drive, the Rams picked up a delay of game penalty the Titans declined. Then punter Johnny Hekker's pass intended for Michael Thomas was batted down. Ficken also missed his first point after attempt.

When the Rams turned first-and-goal at the Titans 7 into fourth-and-18, McVay sent Ficken out for a 36-yard field-goal try. The kick bounced off the right upright no good.

It looked as if the Rams benefited from a confusing sequence in the third quarter. After Murray scored on a 6-yard run, the Titans recovered an onside kick. But officials threw a flag, and referee Walt Anderson announced the Rams took their first timeout just before kickoff. Then he announced there was no timeout because the ball had not been put in play. Then he said, "First down." The Titans kicked deep, and fans booed heavily.

The Rams forced a turnover on the opening drive for the eighth time this season. Linebacker Cory Littleton, starting with Mark Barron scratched, intercepted Mariota on the Titans' second play from scrimmage.

Murray was helped to the sideline with 2:23 left with an injured right foot.