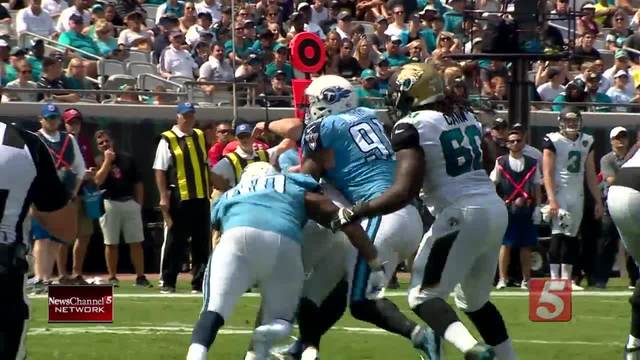 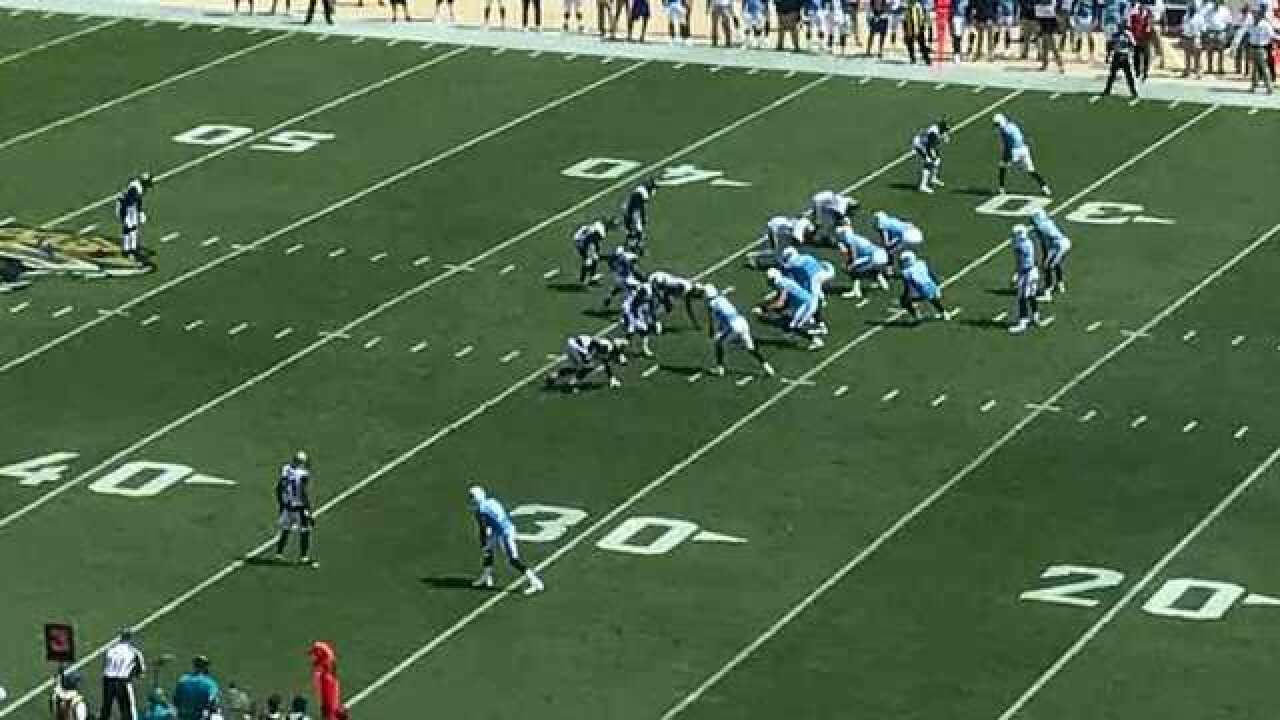 The result was probably more indicative of what to expect from the AFC South rivals than what each showed in their season openers.

Mike Mularkey: we knew it would be a knock down drag out fight. We were patient. Very pleased. #Titanspic.twitter.com/3bhf0OuNag

Henry finished with a career-high 92 yards on the ground for the Titans (1-1), including 87 in the final two quarters.

Starting running back DeMarco Murray spent much of the second half standing on the sideline and wearing a baseball cap backward, seemingly uninjured.

There was no need to risk him in this one, the third consecutive lopsided score in the series.

Marcus Mariota, returning to the place where he broke his right leg last December, completed 15 of 27 passes for 215 yards. He had a 32-yard touchdown pass to Jonnu Smith in the final quarter.

Tennessee's performance surely eased some concerns about a 10-point home loss to Oakland in the opener.

Jacksonville's home opener felt eerily similar to most of the team's performances the previous five years: Lackluster offense and mistakes all over the field.

Blake Bortles threw two interceptions, including one on a ball tipped at the line, and fumbled once. He completed 20 of 34 passes for 223 yards and a touchdown to Allen Hurns in the closing minutes. Much of Bortles' yardage came in garbage time.

Rookie Leonard Fournette scored for the second time in as many games, but this one came with the game out of reach. Tennessee led 30-3 before Fournette found the end zone. Fournette finished with 40 yards on 14 carries.

The Jaguars (1-1) enjoyed a near-perfect opener at Houston. Fournette ran the ball with authority behind a surprisingly stout offensive line. Bortles played sack- and turnover-free football for just the second time in 45 career starts. And the defense allowed 203 yards, forced four turnovers and had 10 sacks.

And coach Doug Marrone's smash-mouth style became a non-factor once the Titans went up by double digits.

The team's biggest issues were turnovers (three) and penalties (10).

Tennessee scored on its first five possessions of the second half -- a field goal and four touchdowns.

Jaguars cornerback Jalen Ramsey got a little chippy after Walker's 1-yard touchdown run late in the third quarter. Ramsey pushed Walker after he was in the end zone and was flagged for unnecessary roughness. Several players exchanged words as Mariota grabbed Ramsey and whispered something into this ear.

The Titans host Seattle next Sunday. Tennessee has lost six of the past seven in the series.

The Jaguars travel to London to play Baltimore. It will be Jacksonville's sixth consecutive season playing at Wembley Stadium, the most of any NFL team. The Jaguars have won the past two, both thanks to huge plays late from Hurns.