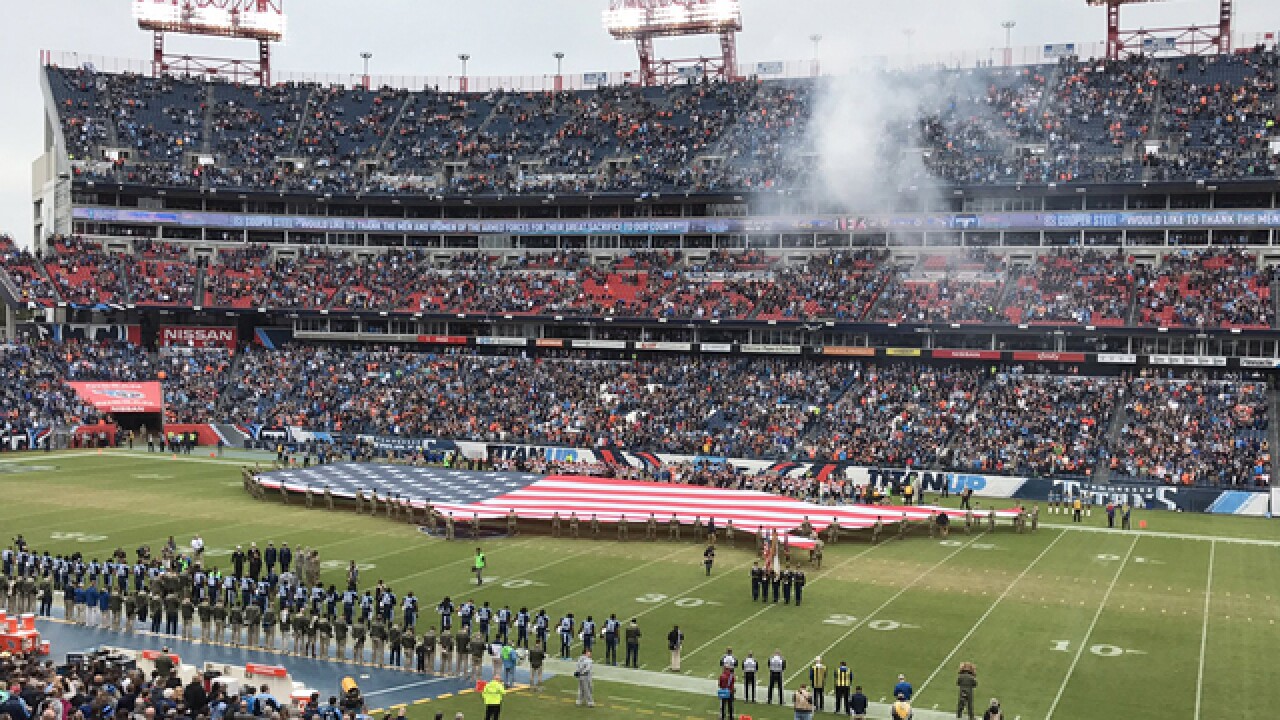 Marcus Mariota tossed a 7-yard touchdown pass to DeMarco Murray with 36 seconds left , and the Tennessee Titans rallied to beat the Cincinnati Bengals 24-20 Sunday for their fourth consecutive victory.

It's the longest winning streak for the Titans (6-3) since winning five straight in 2009, and it's their best start to a season since 2008 when the Titans last reached the playoffs as the AFC's No. 1 seed.

The Bengals (3-6) lost for the third time in four games despite sacking Mariota four times. They started with three defensive starters scratched and lost a fourth when linebacker Vontaze Burfict was ejected in the second quarter after pushing the arm of an official.

Cincinnati took its only lead at 20-17 on a 70-yard TD pass from Andy Dalton to A.J. Green with 5:03 left, but the Bengals couldn't stop the Titans, who drove 73 yards for the winning TD.

They had one last chance. On their final play, Dalton threw deep only to have Titans safety Kevin Byard knock the ball down.

ANOTHER WEEK, ANOTHER BENGAL TOSSED:

Last week, Green was ejected from a loss at Jacksonville for a fight with Jaguars cornerback Jalen Ramsey that cost him $42,541 in fines. Against the Titans, Burfict was ejected with 5:12 left in the second quarter.

Burfict was flagged for a late hit on Murray, then two plays later referee Jeff Triplette announced Burfict had made contact with an official. Replay later showed Burfict shoving the left arm of down judge Jeff Bergman who immediately threw a flag. Burfict took his time leaving the field, talking with fans, raising both arms and finally jumping to high-five a fan before going into the locker room.

Dalton had a hard time holding onto the ball with two fumbles in the second quarter. On the first, Titans linebacker Brian Orakpo sacked and stripped him of the ball, which was recovered by Derrick Morgan. Then Dalton had a bad snap that Morgan again recovered. But Mariota gave the ball right back to Cincinnati when Darqueze Dennard intercepted a pass.

Titans kicker Ryan Succop's NFL record streak of successful field goals finally came to an end at 56 straight after his first attempt. He missed wide right on a 48-yarder midway through the second quarter. Succop came into the game having easily topped the previous NFL mark of 46 consecutive field goals inside the 50 that had previously been set by Matt Bryant of Atlanta between 2013 and 2015. It was Succop's first miss from inside 50 yards since Sept. 21, 2014, in a loss at Cincinnati. The Titans kicker came into this game 21 of 23 on field goals. Succop connected from 44 yards for a 17-13 halftime lead.

Cincinnati cornerback Adam Jones left the field with 8:57 left in the third quarter, and the Bengals ruled him out with a concussion. ... Dennard also hurt a toe.