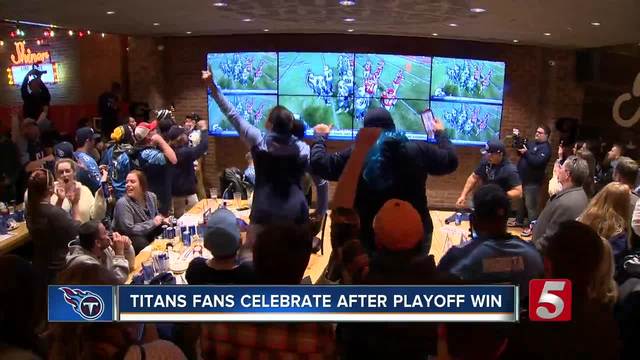 Marcus Mariota led Tennessee to three second-half touchdowns, incredibly throwing one of his TD passes to himself. 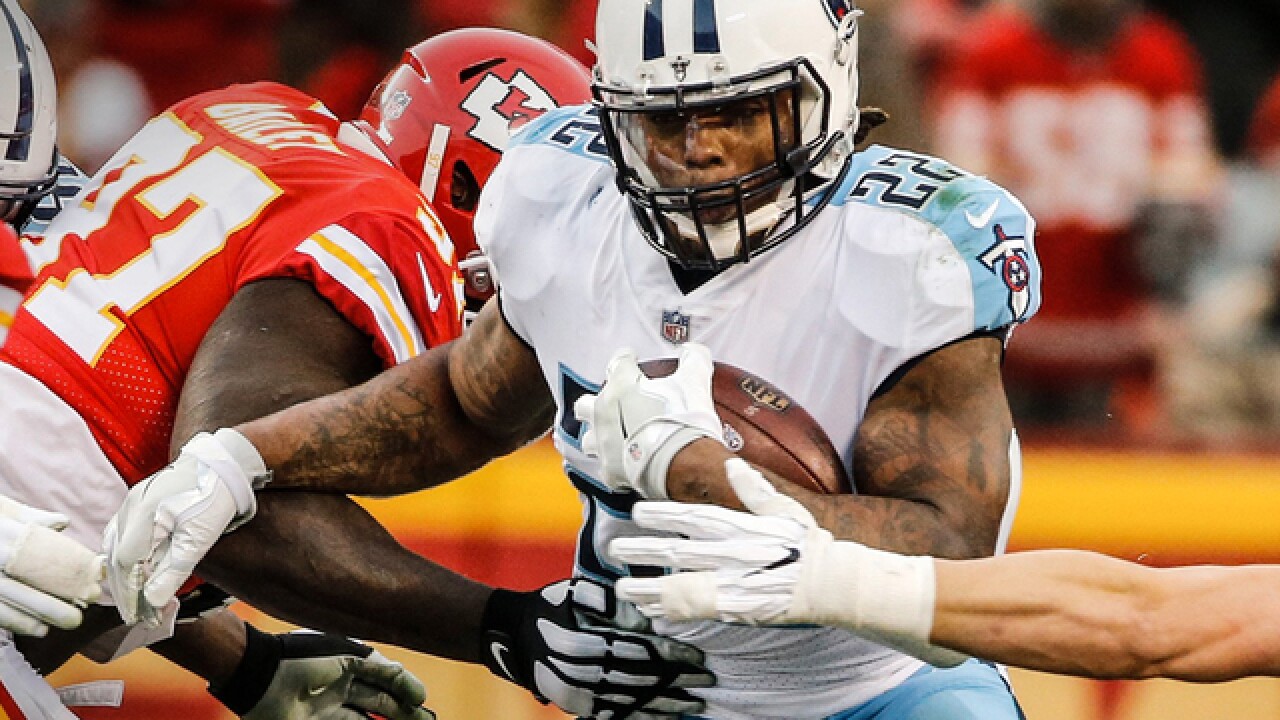 Marcus Mariota led Tennessee to three second-half touchdowns, incredibly throwing one of his TD passes to himself, and the Titans rallied from a 21-3 deficit to beat the Kansas City Chiefs 22-21 on Saturday for their first playoff win in 14 years.

Mariota threw for 205 yards and two scores, including the 22-yard go-ahead strike to Eric Decker with just over six minutes left that ushered the Titans into the divisional round of the playoffs.

"Special, special," Mariota said. "I'm a part of a great team. I'm a part of a group of guys that really just believe in each other. And, it's something special and I'm look forward to playing next week."

They'll head to New England or Pittsburgh next week.

Derrick Henry had a career-high 156 yards rushing and another score for Tennessee (10-7), while a defense that was fileted by Alex Smith and the Chiefs (10-7) during the first half pitched a shutout in the second half -- dooming the Kansas City franchise to another humiliating postseason defeat.

The Chiefs haven't won a home playoff game since January 1994.

Smith threw for 264 yards and two touchdowns , but most of that came before halftime. He couldn't get on track in the second half and misfired on fourth-and-9 at the Titans 44 with just over two minutes to go, denying the Chiefs a chance for Harrison Butker to kick a go-ahead field goal.

TITANS WIN! Fans celebrated as they clenched a 22-21 win against the Kansas City Chiefs. @NC5#TitanUppic.twitter.com/mpdNVVjIXb

The letdown was made even more depressing when Henry appeared to fumble as Tennessee tried to run out the clock.

The Chiefs' Derrick Johnson picked up the ball and returned it for a touchdown with 1:47 to go, but a video replay showed that Henry was down and the call was overturned.

Tennessee succeeded in running out the clock from there.

Kareem Hunt, the league's top rusher this season , plunged in from 1 yard for a 7-0 lead, and Smith hit Travis Kelce with a 13-yard touchdown pass a few minutes later. Smith added another touchdown toss to Demarcus Robinson on the final offensive play for a 21-3 lead at the break.

The Titans' young quarterback got on track in the second half, though, converting a couple of key third downs -- one of them with his legs -- in marching his team 91 yards. He capped it by throwing the first TD pass to himself, the first player to accomplish the feat in playoff history.

The previous player to do it in any game was the Vikings' Brad Johnson during the 1997 season.

Tennessee nearly squandered its momentum when Adoree Jackson fumbled a punt, but the Chiefs were unable to pick up a first down and Butker knocked a 48-yard field goal off the upright.

This time, it was Henry who led the Titans downfield, capping another TD drive by rumbling nearly untouched 35 yards right up the middle to get within 21-16 with 14:08 to go.

"Grit. It's just grit," Henry said of his team's rally.

"You've got to believe in each other, man. We were down like this last year and we came back. We told them we've got 30 minutes left, all we've got to do is play our game, execute the plays and everything will take care of itself."

The Chiefs' offense had been rendered impotent by that point, unable to move the ball much after Kelce left with a concussion in the first half. The Titans blanketed Tyreek Hill whenever he touched the ball, and they stacked the box to slow Hunt down in obvious rushing situations.

The Titans finally pulled ahead when Mariota threw a strike to Decker from 22 yards, and that led to a moment of controversy. The Titans went for a 2-point conversion and the field-goal edge, and Mariota lost the ball as he was getting sacked by the Chiefs' Daniel Sorenson.

Frank Zombo picked it up and began running for two points that would have swung the lead back to Kansas City, but the officials had ruled that Mariota's progress had been stopped.

It wound up being a crucial call in a game that came down to the wire.

Fans at a watch party Saturday in Nashville were ecstatic with the win.

“I been telling everybody all night that Eric Decker messed up a couple plays, but Eric Decker is going to come through for us. And he did big time! Touchdown Titans! Eric Decker!" Kevin Harris said.

“I knew we would win! I don’t ever back down on the boys, they’re going to pull it off!” said Anthony Hicks. He continued, "We got the greatest quarterback in the league, Marcus Mariota, and Derrick Henry! Lets go, Titan up!”

Kelce sustained a concussion on a wicked blow from Titans S Johnathan Cyprien late in the first half. Kelce, who had four catches for 66 yards, lay stunned on the turf for a moment before wobbling toward his huddle. Trainers quickly took him to the locker room.

The Titans' opponent in the divisional round will be decided Sunday. If the Jaguars beat the Bills in their wild-card matchup, Tennessee heads to New England to face the No. 1 seed. If Buffalo wins, the Titans head to face No. 2 seed Pittsburgh.