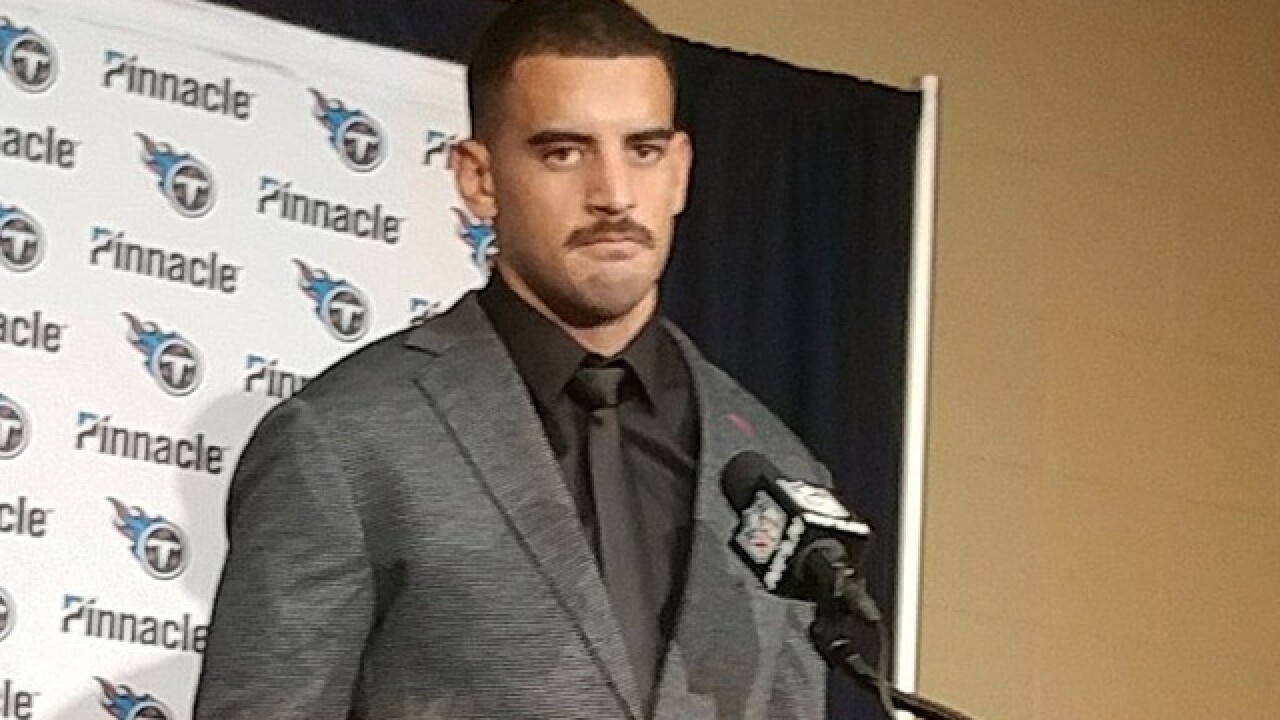 The Titans (7-4) got their first win in 10 tries at Lucas Oil Stadium when DeMarco Murray scored on a 1-yard touchdown run with 5:59 left Sunday for a 20-16 come-from-behind win over Indianapolis.

The Titans (7-4) pulled off their first series sweep since 2002. And they did it by rallying from a 10-point third-quarter deficit again -- just as they had six weeks earlier against the Colts.

Indy (3-8) has lost three straight home games and five of its last six overall. It is one loss away from having the first losing year in coach Chuck Pagano's six seasons.

Tennessee won despite making only one first down during a 30-minute stretch and playing in chilly conditions after Colts officials opened the roof and the window in the north end zone.

But the defense played well enough to keep the score close.

The Titans sacked Jacoby Brissett eight times; repeatedly stopped the Colts after they had taken a 16-6 lead on Adam Vinatieri's 42-yard field goal in the third quarter; and made the game-changing play when Kevin Byard recovered Marlon Mack's fumble at the Colts 4-yard line late in the period.

An offside penalty against Indy moved the ball to the 2, and Marcus Mariota hooked up with Delanie Walker in the corner of the end zone to cut the deficit to 16-13 with 1:50 left in the third.

Tennessee retook the lead when Murray scored on the Titans eighth consecutive running play on a nine-play, 77-yard drive.

Indy punted on the ensuing possession and never got the ball back.

Mariota was 17 of 25 for 184 yards with one TD and two interceptions. Derrick Henry ran 13 times for 79 yards for the Titans.

Titans: Receiver Rishard Mathews missed his first game this season with a hamstring injury. Walker, left tackle Taylor Lewan and linebacker Jayon Brown all left briefly but returned. Safety Da'Norris Searcy hurt his ankle in the second half and there was no immediate update on his condition.

Colts: Cornerback Rashaan Melvin left after injuring his hand and did not return after having an X-ray. Starting center Ryan Kelly was held out in the second half because of a concussion.

Titans: Continue their march in the AFC South when they host Houston next Sunday.

Colts: Will try to even the season series at Jacksonville next Sunday.