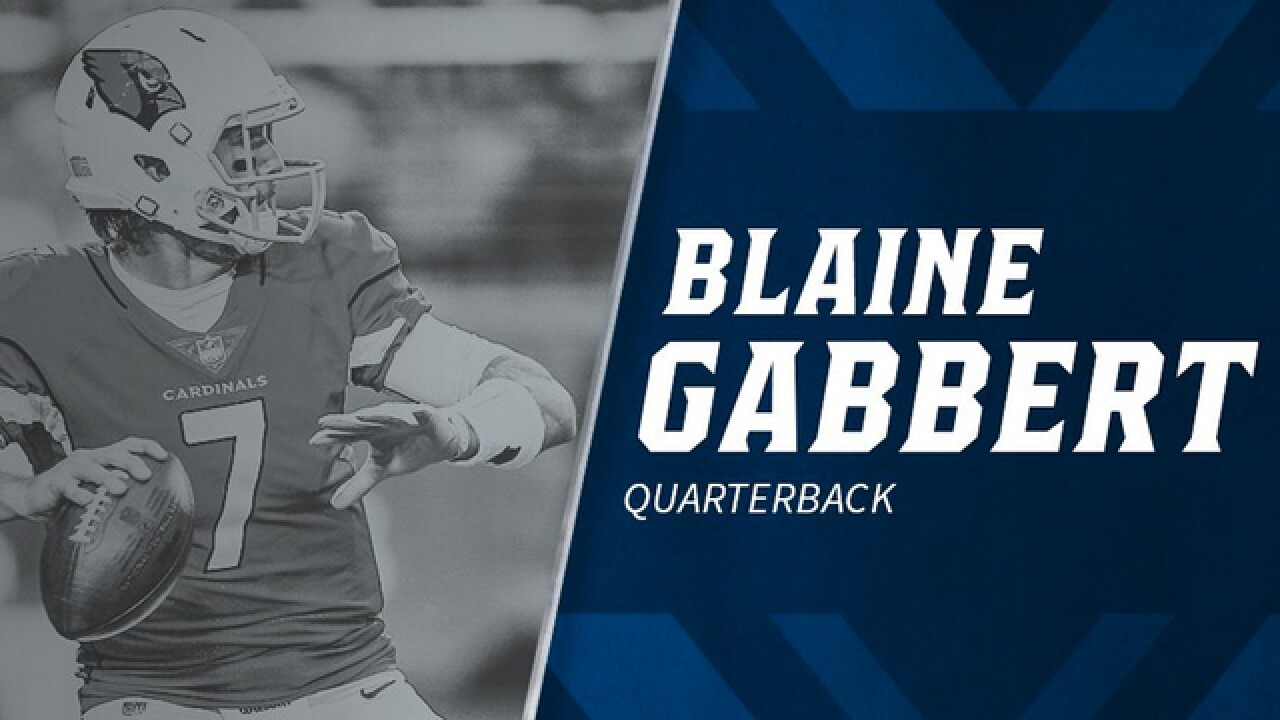 The Tennessee Titans have agreed to terms with quarterback Blaine Gabbert.

The team announced Tuesday morning that they reached a deal late Monday night with the seven-year veteran to be their backup QB.

Gabbert played last season with the Arizona Cardinals after playing with the San Francisco 49ers and Jacksonville Jaguars.

The Titans parted ways with Matt Cassel, the team’s number two quarterback for the previous two seasons, earlier in the offseason.