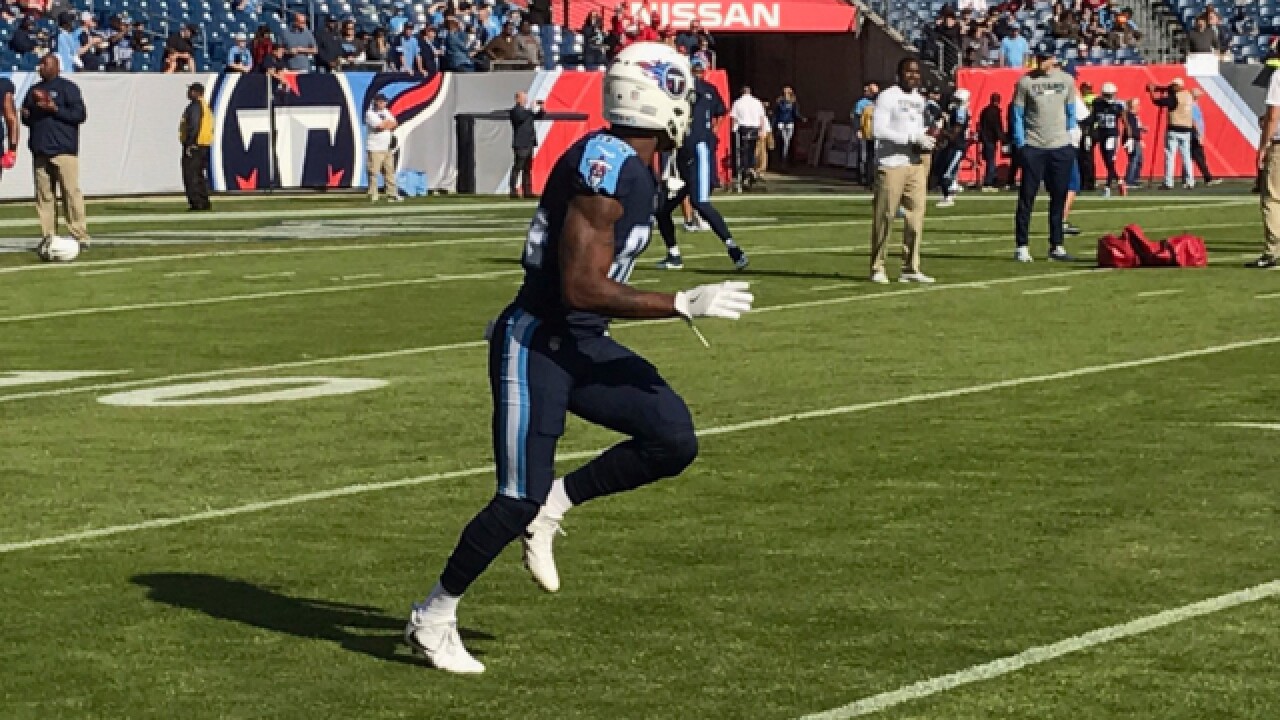 LeShaun Sims intercepted a pass intended for DeAndre Hopkins in the end zone with 1:02 left, and the Tennessee Titans beat the Houston Texans 24-13 on Sunday to stay atop the AFC South.

Marcus Mariota also ran for a touchdown and threw for another, but the Titans needed the interception to preserve the win with Tom Savage throwing for a career-high 365 yards despite the Texans losing four offensive players to injuries during the game.

The Titans (8-4) won their second straight and sixth of their past seven. They improved to 4-1 in the AFC South to stay ahead of Jacksonville, a winner over Indianapolis.

Tennessee didn't look ready to take advantage of a chance for a little payback against Houston for the 57-14 beat-down the Texans put on them Oct. 1 when Deshaun Watson and J.J. Watt were healthy. The Titans even fell behind 10-0 before rallying to tie it up at halftime.

Injuries have taken a toll on the Texans (4-8), but a rearranged offensive line gave up only four sacks. Savage even made up for three consecutive false starts by Jeff Allen, who slid over to left tackle, after having fourth-and-4. Savage found Stephen Anderson with a 22-yarder.

Sims beat Hopkins for the interception on the next play, and Derrick Henry ran 75 yards up the left sideline for a TD three plays later to seal the win. Henry finished with 109 yards rushing.

The Titans quarterback ran for only four TDs combined through his first two seasons. He ran for a 9-yard TD in the second quarter, giving him a career-high five TD runs through 11 games. He also tossed a 24-yard TD pass to Delanie Walker in the third quarter, which gave Tennessee its first lead.

Ka'imi Fairbairn struggled mightily. He clanked a 48-yard field goal attempt off the left upright with 38 seconds left in the first half, and the Titans responded with a field goal to tie it up at 10 at halftime.

The second-year kicker, who spent his rookie season on injured reserve, yanked a 23-yarder late in the third quarter so wide to the left that he missed the net behind the goal posts. Fairbairn had missed only twice all season on 16 attempts.

Houston's lengthy injury report only grew longer. Tight end C.J. Fiedorowicz went out in the second quarter and didn't return after being evaluated for a concussion. Receiver Braxton Miller and running back Alfred Blue also suffered concussions. Cornerback Johnathan Joseph was ruled out just after halftime with an injured shoulder. Receiver Bruce Ellington also couldn't finish with an injured hamstring.

Defensive end DaQuan Jones, who had 1 1/2 sacks for Tennessee, had a biceps injury in the third quarter, and cornerback Logan Ryan suffered a concussion.