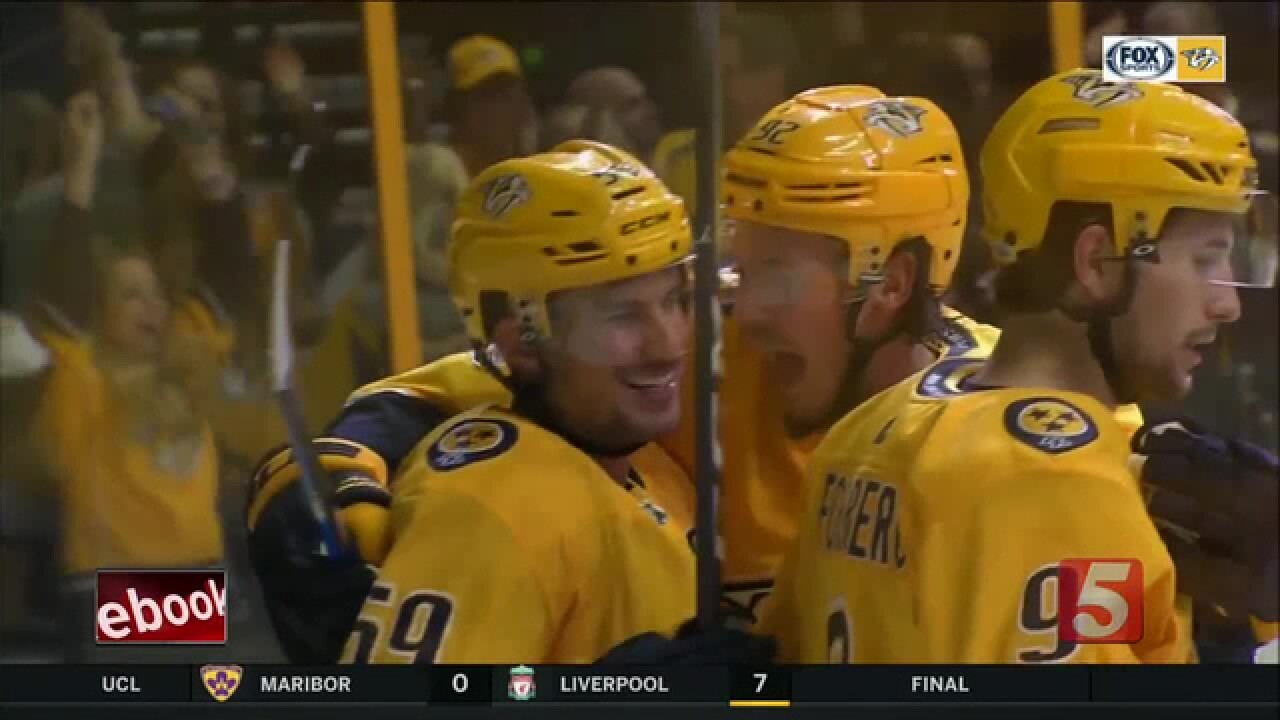 Viktor Arvidsson and Roman Josi each scored a goal and added an assist to lead the Nashville Predators to a 4-1 win over the Colorado Avalanche on Tuesday night.

Colton Sissons and Austin Watson also scored for Nashville, which has won three of their last four.

Filip Forsberg and Alexei Emelin each had two assists and Pekka Rinne made 20 saves to earn his third victory of the season.

Nathan MacKinnon had the lone goal for Colorado, losers of two straight.

MacKinnon scored the game's first goal at 4:09 of the second.

With the Avalanche on a power play, MacKinnon's wrist shot from the top of the left faceoff circle deflected off of Josi's right skate in the low slot and by a helpless Rinne.

Forsberg led Nashville into the Avalanche zone on a 4-on-1 rush. From the left faceoff dot, Forsberg sent a pass over sliding Colorado defenseman Nikita Zadorov to Arvidsson on the right side. Arvidsson cut to the middle and beat Semyon Varlamov with a nice move in front before finishing with a backhand.

Emelin started the rush from inside Nashville's defensive zone. The secondary assist was his first point as a Predator.

With Nashville on a two-man advantage, Josi slid down to the right side and collected the rebound of an Arvidsson shot and beat Varlamov for his first of the season.

Sissons made it 3-1 at 19:15 of the second with the teams skating four aside in a goal scored in similar fashion to Arvidsson's.

Craig Smith sent a pass from the left circle to Sissons in the slot, where he slipped a backhand between Varlamov's pads.

Watson scored the only goal of the third at 4:08 after collecting the rebound of an Emelin shot.

NOTES: Josi returned to the lineup after missing three games with a lower-body injury. ... Forsberg recorded his 200th career NHL point. ... Colorado C Colin Wilson played his first-ever game against Nashville. The former 2008 first round draft pick played the first 502 games of his NHL career for the Predators.