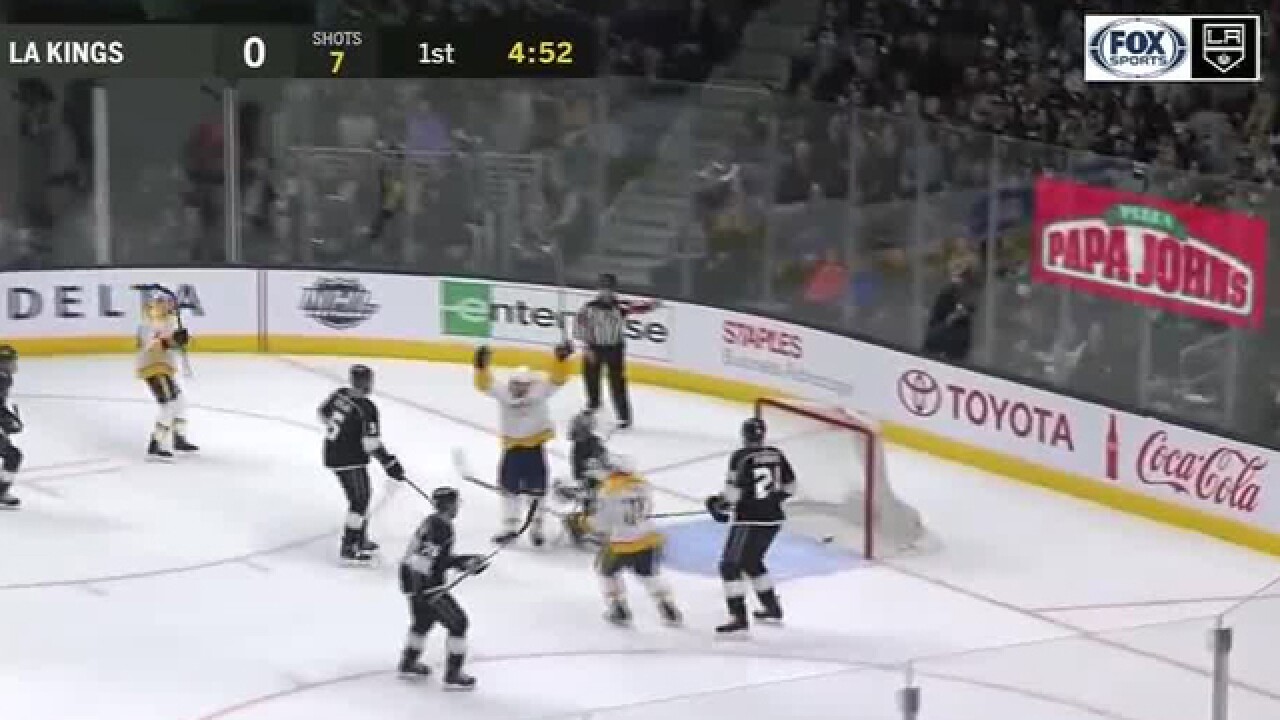 Roman Josi and Scott Hartnell scored early goals and Pekka Rinne made 26 saves for the Predators, who wrapped up a three-game West Coast road trip with their first win.

Adrian Kempe, Trevor Lewis and Tyler Toffoli scored for the Kings, who lost their second straight. Los Angeles is 5-5-2 over the last month, falling out of first place in the Pacific Division.

Watson beat Jonathan Quick late in the second period for his first goal since Nov. 28, and he followed it up with the eventual game-winner early in the third.

The grinding forward recorded his first multi-goal game since last May in the Western Conference finals clincher against Anaheim. Watson has already matched his career high for a season with five goals in 39 games -- the same number that he scored in 77 games last season.

Nashville scored four goals in a game for the first time since Dec. 19. The defending Western Conference champions played their third straight game without leading scorer Filip Forsberg, who could be out for six weeks with an upper-body injury.

Subban produced his latest strong game while playing more than 26 minutes. He has 13 points in the Predators' last 12 games.

Los Angeles hadn't lost in regulation at home since Nov. 22 against Winnipeg, the day before Thanksgiving. The Kings produced a strong third period and repeatedly threatened Rinne, but failed to score after Toffoli's power-play goal with 11:36 to play.

Kings: A week off before hosting a Freeway Faceoff with the Anaheim Ducks next Saturday night.