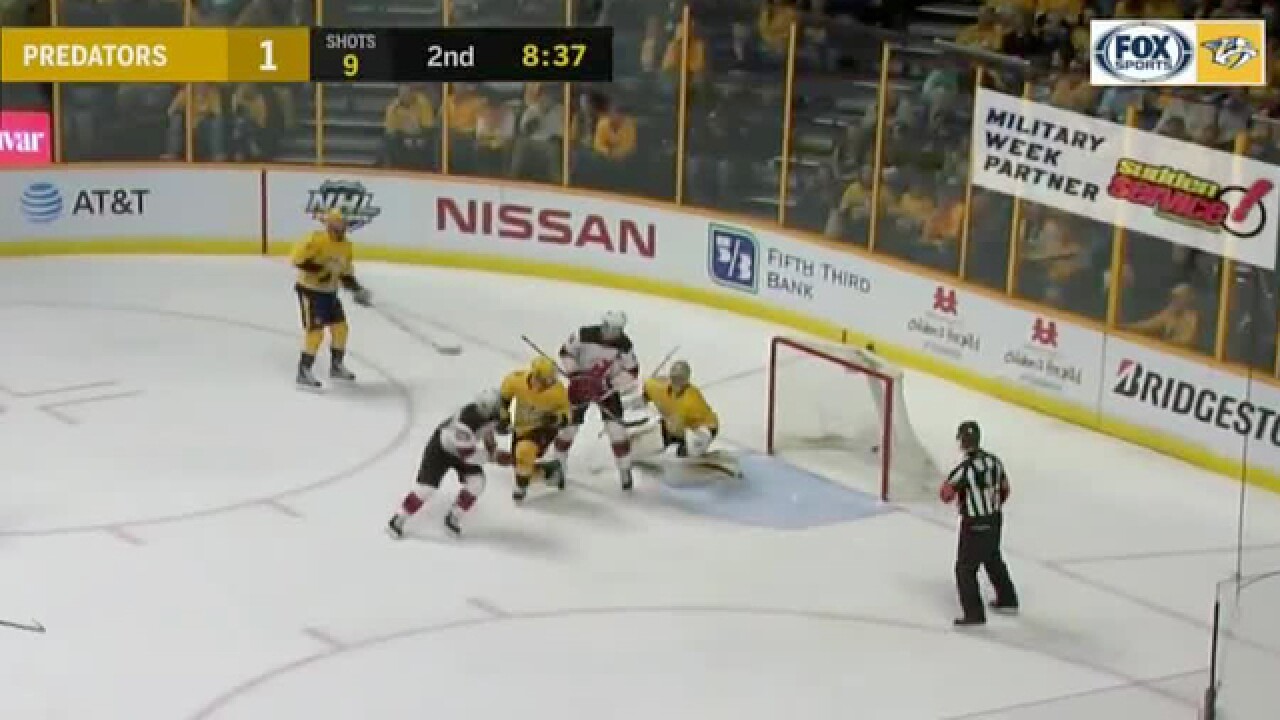 Brian Boyle scored in the fifth round of the shootout to lift the New Jersey Devils to a 3-2 victory over the Nashville Predators on Saturday night.

Boyle beat Nashville goalie Juuse Saros with a quick wrist shot from the slot on the blocker side.

New Jersey's Taylor Hall and Nashville's Kyle Turris each scored in the fourth round of the tiebreaker after none of the first six shooters could solve the opposing goalie.

Sami Vatanen and Boyle had the goals in regulation for New Jersey, winners of two of three. The Devils moved past idle Columbus into the first wild card spot in the Eastern Conference. Keith Kinkaid made 34 saves through overtime and denied four of Nashville's five attempts in the shootout.

Mattias Ekholm and Ryan Johansen had the goals for Nashville, which snapped its franchise-high 10-game winning streak. Saros finished with 25 saves.

With the Predators trailing 2-1 late, Johansen tied it with 1:06 remaining in the third when he put home the rebound of Ryan Ellis' shot from the right side.

Ekholm scored the game's first goal at 1:17 of the opening period.

Carrying the puck on the right side, Ekholm cut to the left and beat Kinkaid with a wrist shot high to the short side. It was the Swedish defenseman's 10th of the season, the first time he has reached double digits in his career.

Vatanen tied it at 7:13 of the first with a slap shot from the right point through traffic that beat Saros on the stick side. Vatanen has four points in his last four games.

New Jersey made it 2-1 at 11:24 of the second. Just one second after Nashville defenseman P.K. Subban's slashing penalty expired, Boyle redirected Damon Severson's slap shot from above the left circle past Saros for his 13th of the season. Boyle has a goal in two of his last three games.

In overtime, Saros stopped a point-blank chance by Michael Grabner at 1:12.

Devils: At Vegas on Wednesday night.