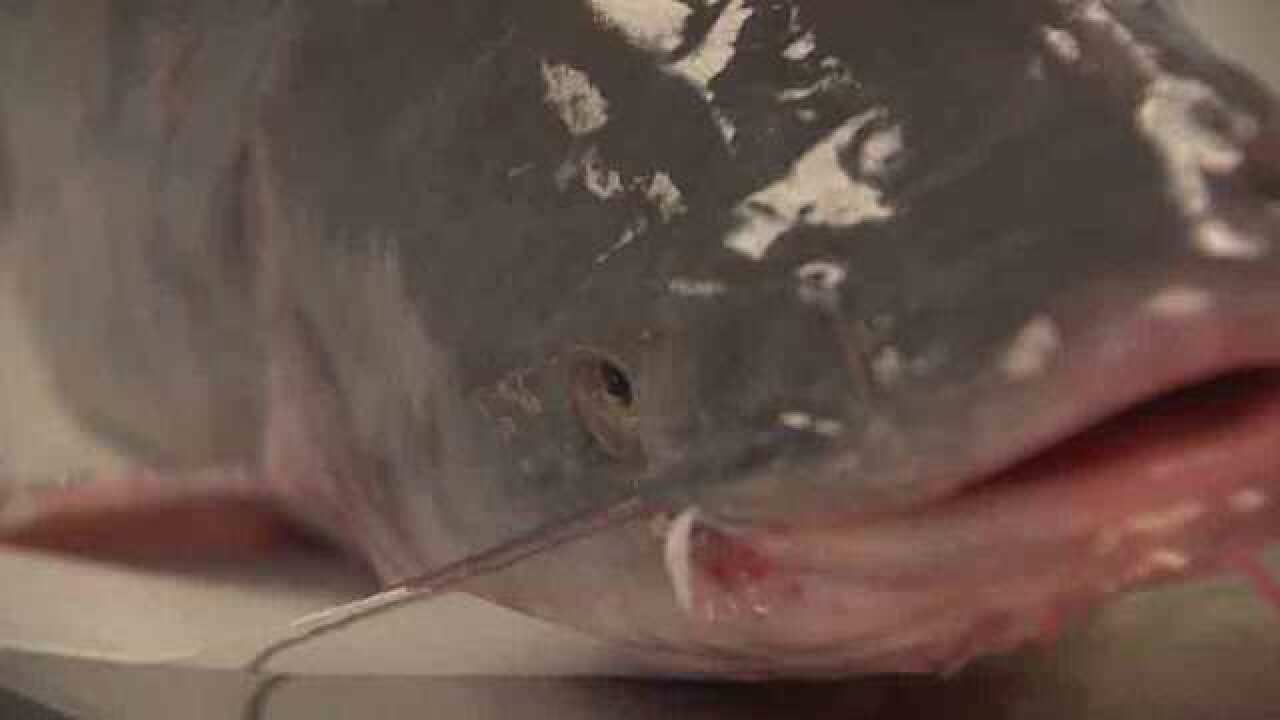 Sometimes the biggest phenomenon start in the littlest of places, as the owner of Little's Fish Market in Germantown, Chris Little, has learned well over the last two days.

"My grandfather started the business in 1985," Chris said.

How shocked his grandfather would be if he knew just how fishy things have gotten at their corner market.

"Normally we don't stock the catfish with head and skin on it," Chris adds about the recent purchase of 80 catfish he had shipped in from the Tennessee River.

Snapper, trout, oysters, they're all washed up. All anyone wanted at Little's Fish Market on this Friday before the Predators first Stanley Cup home game was catfish.

On Thursday, Chris announced any ticket holder to Saturday's Predators game could get one catfish for free. His only stipulation, that they send it flying during the game.

"Honestly, I would love to give them all away. I don't want to sell one of them," Chris said.

For Preds fans, if coming back from a two game deficit means strapping a dead fish to your chest, then so be it.

"I got one for me and my buddy. We'll both be down there and throw them on there for sure. We won't let them go to waste," said Jared Goodman, who purchased two catfish on Friday morning.

Who knew flying fish would be Music City's next big hit?