Ducks Rally Past Preds 5-3, Even Series 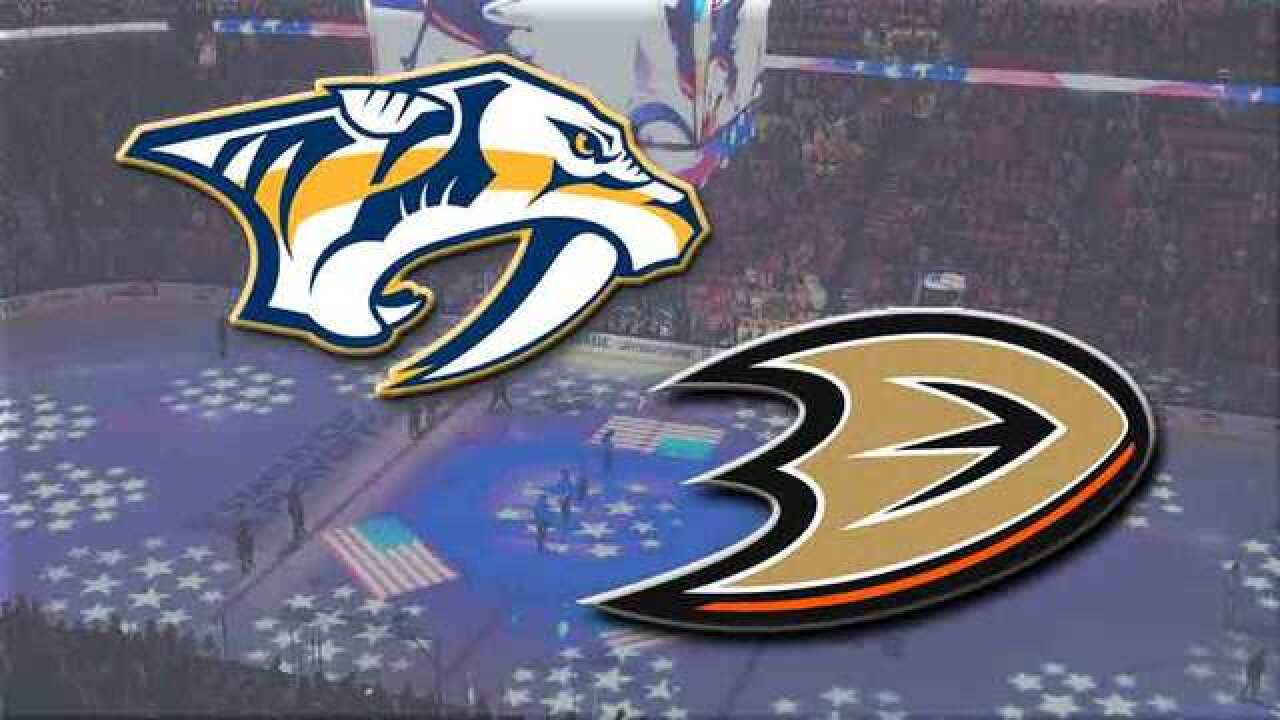 For the fourth time this postseason the Ducks erased a deficit of two goals, storming back to beat the Predators 5-3 in game two of the Western Conference Final.

The victory evens the best-of-seven series at 1-1 heading to Nashville for game three Tuesday night.

A clunker of a second period erased a fast start from the Predators as Anaheim turned a 2-1 deficit into a 4-3 lead.

Jakob Silfverberg pounded in a feed from Rickard Rakell just :39 into the period to bring the Honda Center crowd alive. Then after Filip Forsberg tapped in a terrific Viktor Arvidsson wrap around attempt to give the Preds the lead back, the Ducks responded with his first goal of the playoffs to tie it again.

Then with just under 3:00 to go in the second, Nick Ritchie fired a shot from the left face off circle high and past Rinne.

The Ducks seemed to solve two things in that period that had bothered them through the first four-plus periods of the series.

They  were able to breakthrough against Nashville's neutral zone defense that had clogged up their attack. That allowed them to find possession in the attacking zone more than they saw at any time in game one.

Once there, the Ducks continued to fire shots high on Rinne, specifically targeting his blocker side to success. The three second period goals allowed would've equaled Rinne's most goals allowed in a game in what has been an otherwise brilliant postseason.

The game started with such promise for the Predators as they got on the board first for the eighth time in 12 playoff games. Arvidsson delivering a beautiful backhand flip pass to spring Ryan Johansen for a breakaway goal just 4:18 into the game.

Johansen later found James Neal for an easy skate in Power Play goal against an out of position John Gibson for a 2-0 lead just 8:32 into the game.

The assist gave Johansen 13 points for the playoffs, tying the Predators franchise record set by Joel Ward in 2011 and Colin Wilson in 2016.

The Preds had played a near flawless first period until Matt Irwin was called for tripping with 1:32 left. The Ducks made them pay as Sami Vatanen blasted a shot past Rinne on the blocker side to make it a 2-1 game.

Antoine Vermette's empty-netter in the final minute made the final 5-3 and evened the series.