Fans Cheer On Preds As They Head To Pittsburgh 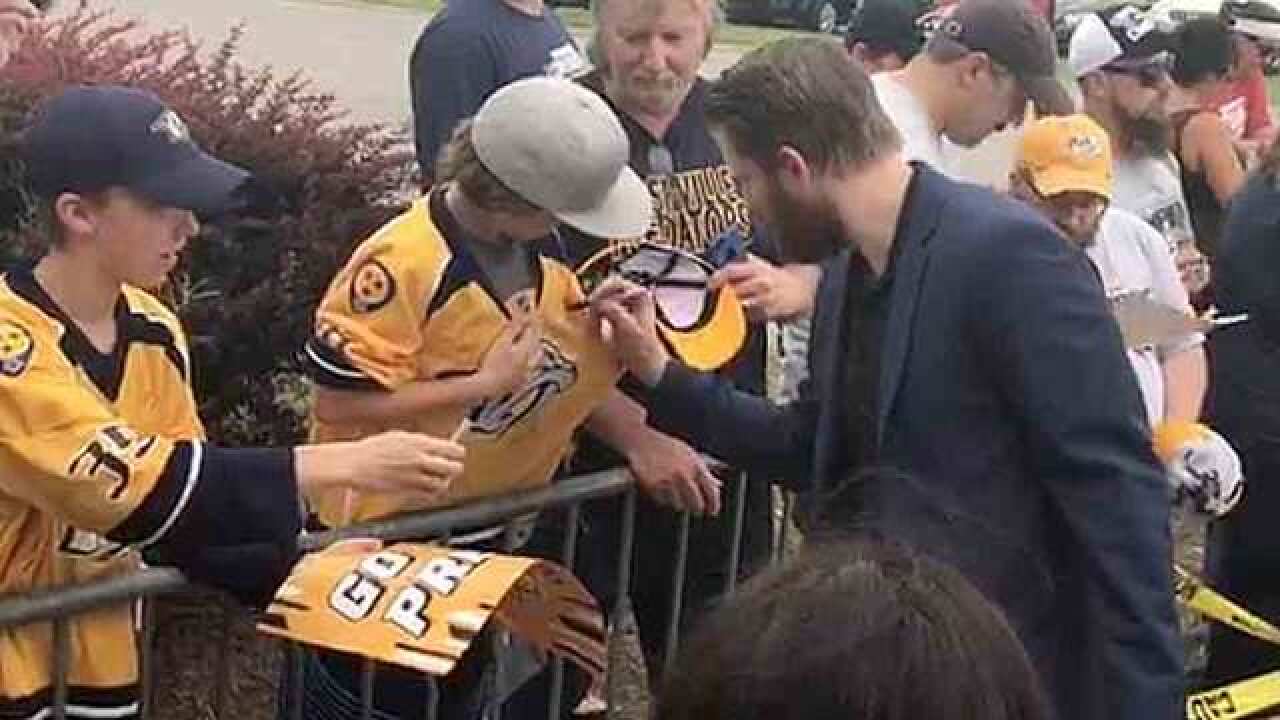 It's an historic time in Smashville, and players received a rowdy sendoff as they headed to Pittsburgh for the Stanley Cup Final.

Hundreds of supporters cheered on the players and coaching staff Saturday afternoon at Signature Flight Support.

Players said all the support from fans throughout the playoffs has meant a lot.

“They're awesome! They're so loud. They push us every game, and obviously when we meet at the airport, they're here to support us,” said Matthew Irwin. “Can't say enough good things about them.”

Game 1 of the Stanley Cup Final against the Pittsburgh Penguins has been set for Monday at 7 p.m.

For information on viewing parties in Nashville for the Stanley Cup Final, click here.