Fiala, Turris Score In Shootout To Lift Predators Over Ducks 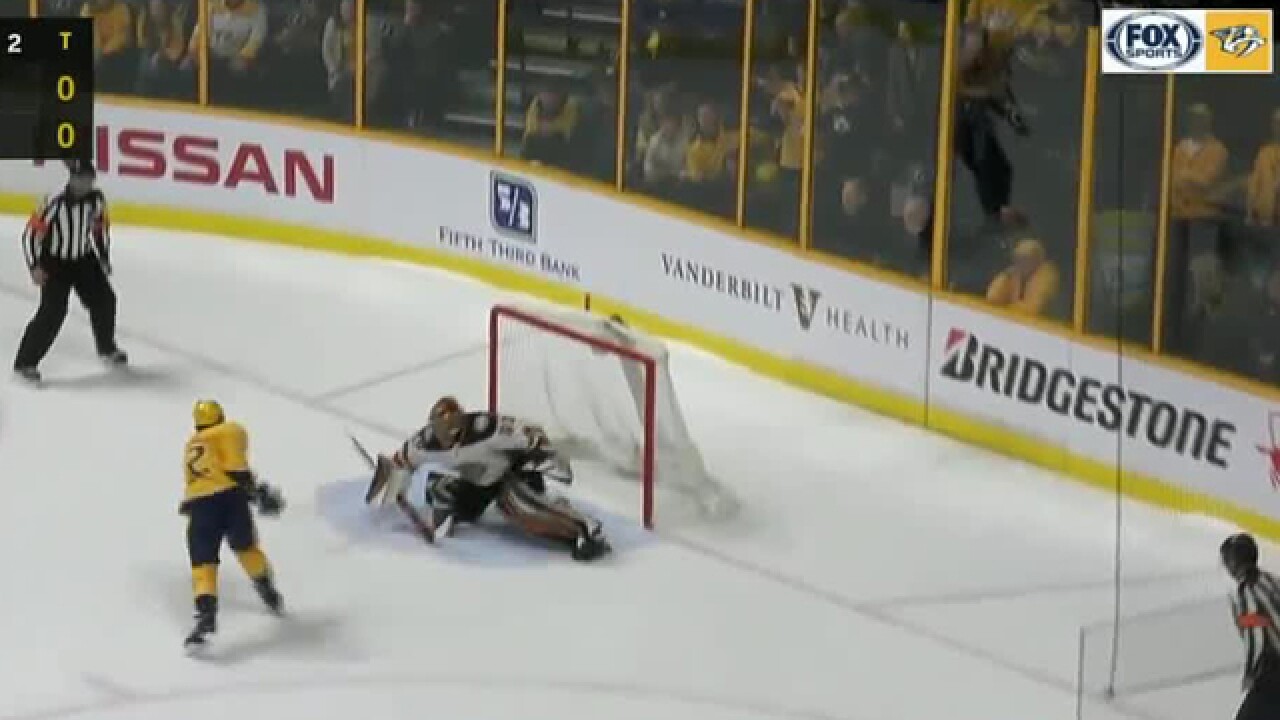 Kevin Fiala and Kyle Turris scored in the shootout to lead the Nashville Predators over the Anaheim Ducks 3-2 on Saturday night.

Adam Henrique got his first goal since being traded to Anaheim on Thursday, and Cam Fowler also scored for the Ducks. Fiala and Calle Jarnkrok scored for Nashville.

Jarnkrok tied it at 11:17 of the third period on a power play with a wrist shot that beat Ryan Miller.

Fowler scored at 5:01 of the third when he skated past the blue line into the slot and fired a wrist shot past Pekka Rinne for a 2-1 lead.

Fiala made it 1-0 exactly eight minutes into the second, going top shelf to beat Miller. Colton Sissons passed the puck to Fiala from in front of the net to set up the power-play goal.

Henrique tied it at 12:44 of the second period with a shot from the slot on the power play. It was his fifth this season and first since New Jersey traded him away.