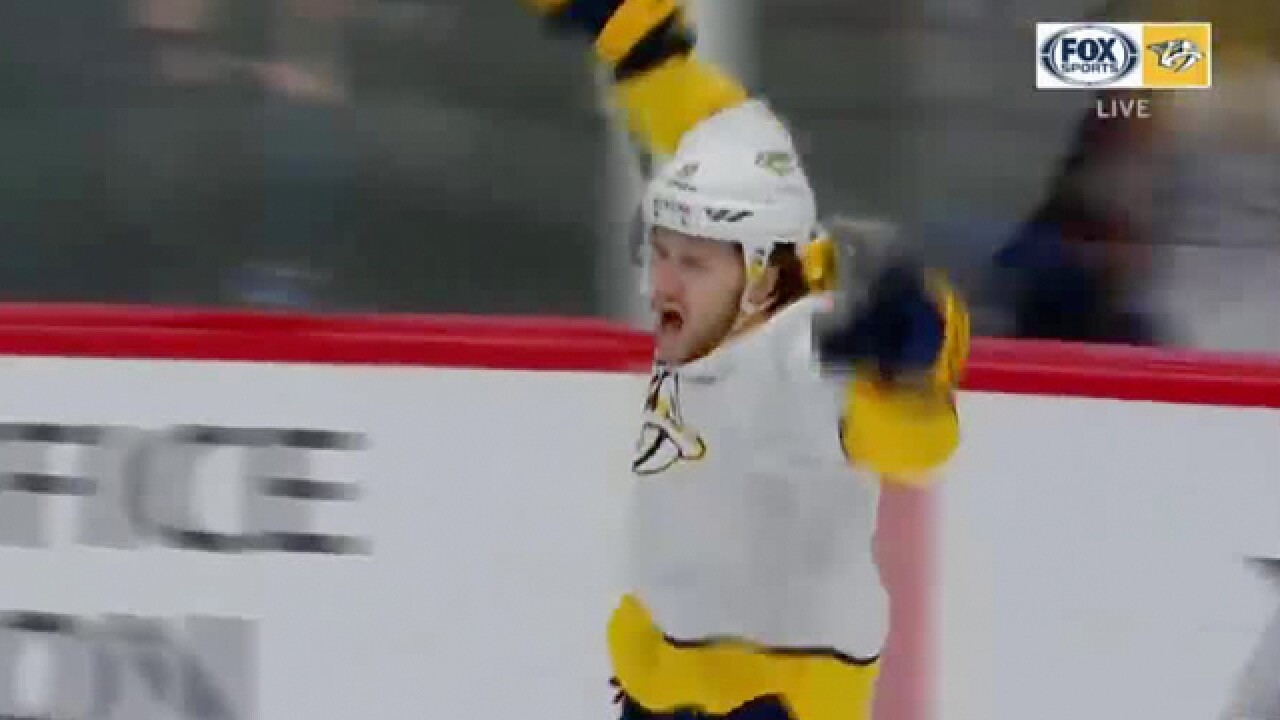 Filip Forsberg scored at 1:07 of overtime and the Nashville Predators matched the franchise record with their eighth straight victory, beating the Colorado Avalanche 4-3 on Sunday.

Nashville has won nine in a row against Colorado, including three this season.

Nashville's Ryan Ellis tied it with 1:06 left in regulation with goalie Pekka Rinne off for an extra attacker.

Nathan MacKinnon helped set up Colorado's first lead of the game with a cross-ice pass to Mikko Rantanen, whose one-timer from the right circle to beat Rinne with 5:38 left in the third period.

Colorado tied it at 2 at 4:38 of the third when Matt Nieto, at the end of a rush, wristed a shot that Rinne managed to deflect. But the puck stayed around the goal and, as Predators winger Kevin Fiala tried to corral the rebound, his stick nudged the puck into the net.

Kyle Turris scored on a power play at 8:08 of the second to put the Predators in front. Turris gathered in a pass from Ellis and wristed a shot from the left circle. The puck went off the glove of goalie Semyon Varlamov before going into the net.

Nikita Zadarov had just left the penalty box and skated onto the ice after the Avalanche had killed off his high-sticking infraction. Carl Soderberg picked up a loose puck near the blue line, spotted Zadarov alone along the boards and sent a lead pass to him to ignite a breakaway. Zadarov pulled up at the top of the left circle and unleashed a slap shot that beat Rinne at 12:57 of the first to even the score.

Nashville broke on top 3:09 into the game when Austin Watson let fly a shot from the slot that glanced off defenseman Anton Lindholm's jersey before going into the net.

Avalanche: At Chicago on Tuesday night.