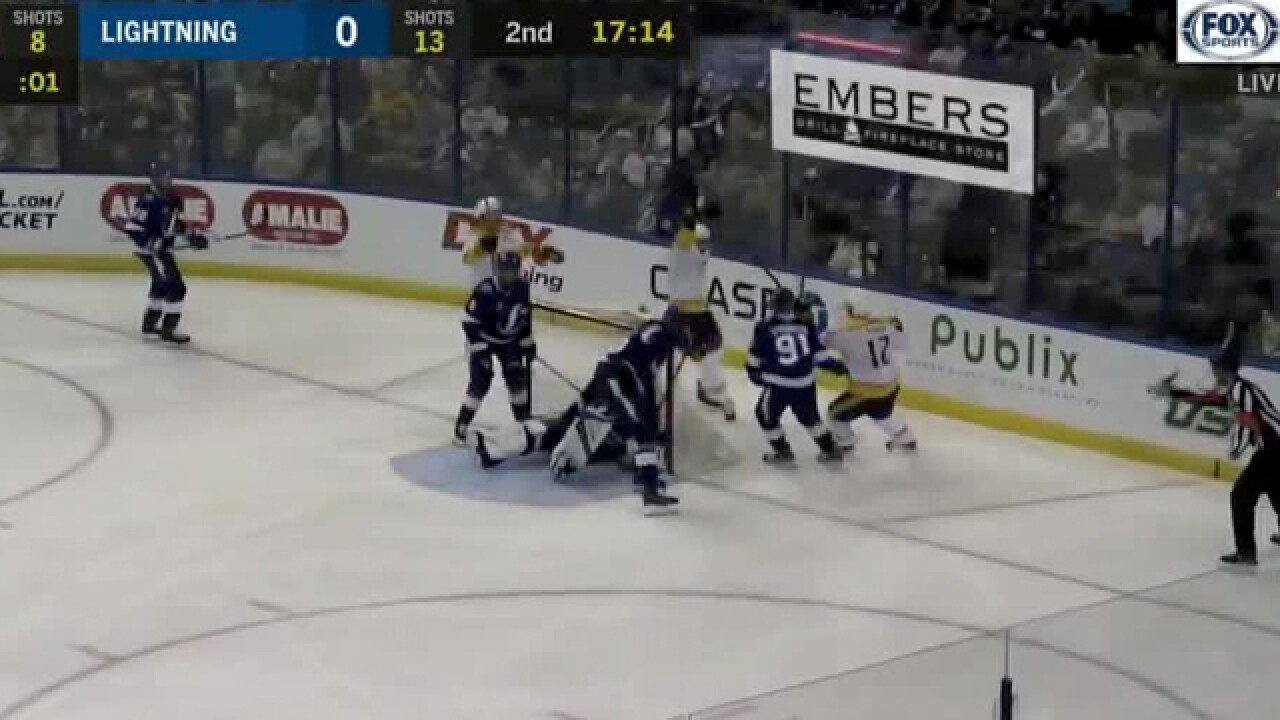 Filip Forsbeg had two goals and an assist to lead the Nashville Predators to a 4-1 victory against the Tampa Bay Lightning on Sunday night.

Forsberg returned to the Predators' lineup after being held out of Saturday's loss to Buffalo for maintenance. Craig Smith and Ryan Johansen also scored to help Nashville move closer to clinching the Presidents' Trophy with the league's best record. Juuse Saros finished with 29 saves.

Tampa Bay, which went 0 for 5 on the power play, played the final two periods without captain Steven Stamkos, who left the game with an undisclosed lower-body injury.

Ondrej Palat scored for the Lightning, and Andrei Vasilevskiy finished with 21 saves while lost his third consecutive game.

The Lightning fell to 5-6-0 in the past 11 games and sit two points behind Boston for the top spot in the Eastern Conference.