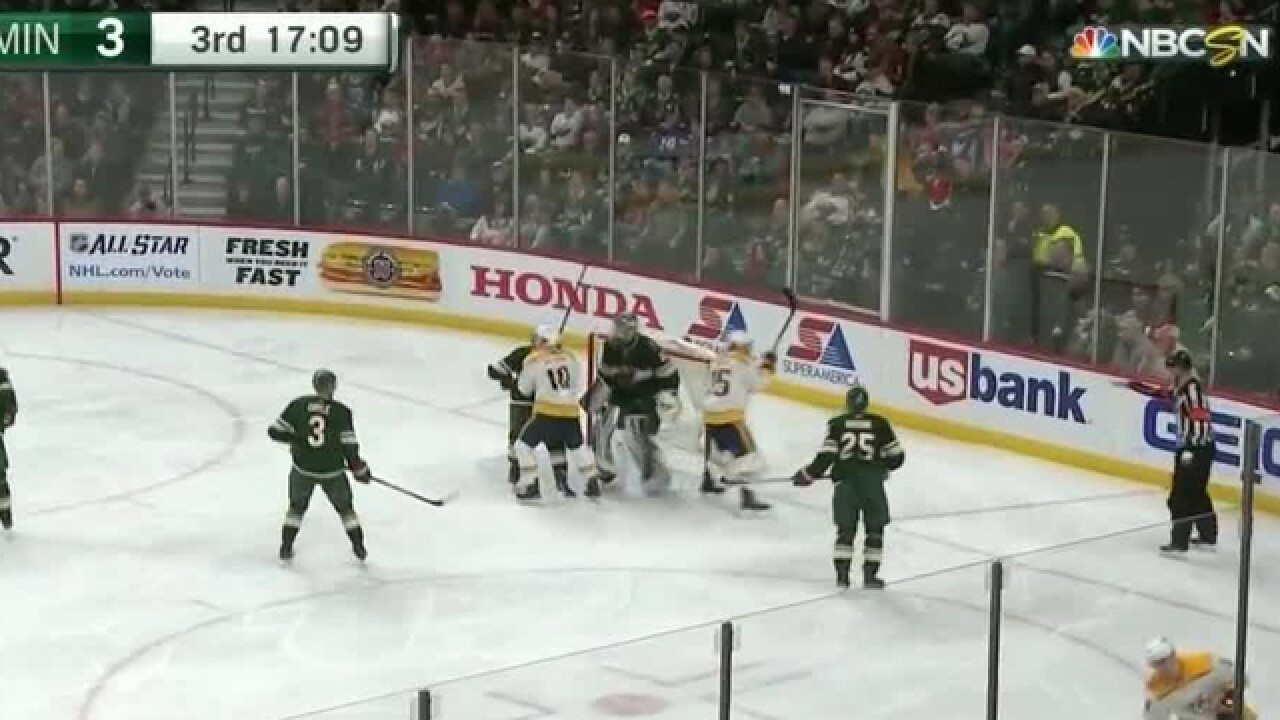 Mikael Granlund had the second three-goal game of his career and Devan Dubnyk made 41 saves in his first start since Dec. 12 to help the Minnesota Wild beat the Nashville Predators 4-2 on Friday night.

Matt Dumba had a goal and assist for Minnesota, which has won two in a row coming out of the league's holiday break. Dumba scored the go-ahead goal, his seventh of the season, midway through the second period in the first game of a back-to-back, home-and-home series between the two teams.

Pekka Rinne made 34 saves, but Nashville lost for the fourth time in five games. P.K. Subban and Kyle Turris scored for the Predators.

Dubnyk made his return after missing six games with a lower-body injury. He wasn't tested much early as Nashville went the first 7:57 without a shot.

The Wild had the first 11 shots and Granlund scored 7:34 into the game to give Minnesota the early lead. Turris made a quick play to save a loose puck behind Rinne. But the errant pass went out to Dumba, who fed Granlund for a one-timer.

Rinne made several big saves to keep the game close before Subban tied the game with his eighth goal of the year in the first. Granlund added his 10th goal of the season less than a minute later on the power play for his third multi-goal game of the season.

Granlund scored an empty-net goal with 50.3 seconds for the hat trick.

The Wild set a season-high with 18 shots on goal in the first period. The Predators returned the favor with 18 shots in the second and held a 43-38 advantage in the game.

Minnesota (20-15-3) faced a critical stretch after the league's mandated holiday break with three games against divisional opponents. The Wild beat Dallas before the back-to-back against Nashville (22-10-5), which was leading the Central Division heading into Friday.

The two teams reunite for their home-and-home series Saturday in Nashville.