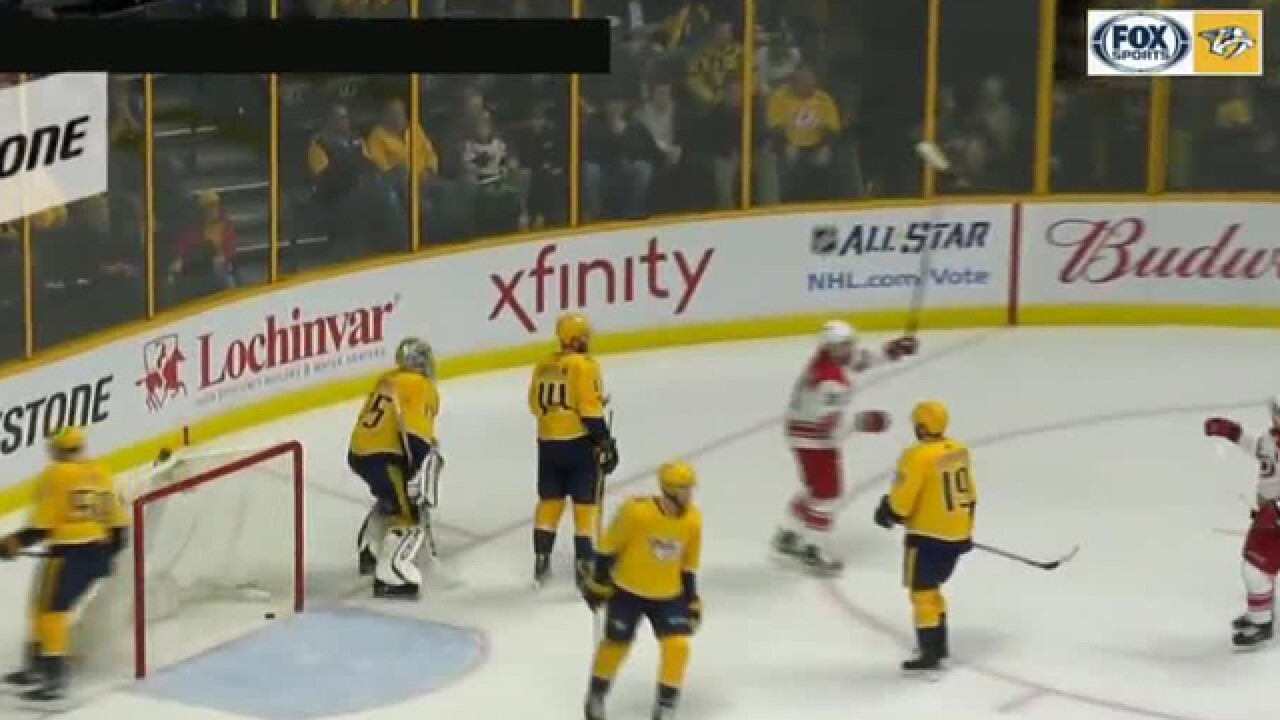 Noah Hanifin had a goal and two assists to lead an early outburst that carried the Carolina Hurricanes past the Nashville Predators 4-1 on Thursday night.

Derek Ryan, Elias Lindholm and Victor Rask also scored for the Hurricanes, who have won four of five. Cam Ward made 28 saves.

Kevin Fiala had the goal for Nashville, which has lost two straight.

Ryan got the opening goal 37 seconds into the game on a power play. Just seven seconds after Nashville's Nick Bonino was sent to the penalty box for hooking, Ryan was able to tip Hanifin's shot from the left circle low to the far side of Rinne.

Lindholm doubled the lead at 3:11 with a deflection of Jeff Skinner's wrist shot from above the right circle. Skinner had two assists.

Hanifin made it 3-0 at 4:47 when his slap shot from above the left circle deflected off the skate of Nashville defenseman Roman Josi and by Rinne.

Rinne's night ended at 6:29 when Rask's seemingly harmless backhand from the right boards took a bad hop in front and then squeezed between Rinne's right leg pad and blocker. Rinne, who stopped just two of six shots, was replaced by Juuse Saros.

Saros turned away all 26 shots he faced.

Fiala got Nashville on the scoreboard at 15:33 of the first when P.K. Subban's slap shot from above the right circle deflected off him in front and by Ward.

Predators: At the Dallas Stars on Saturday.