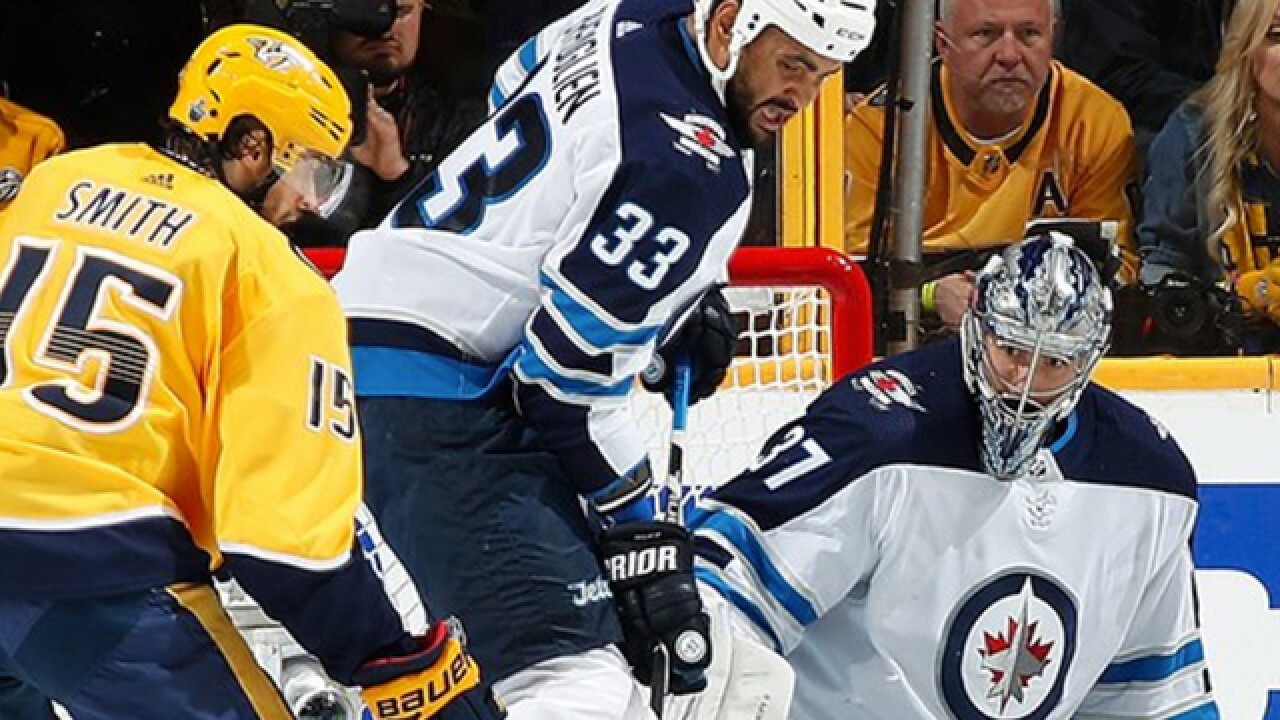 Copyright 2018 Scripps Media, Inc. All rights reserved. This material may not be published, broadcast, rewritten, or redistributed.
&lt;p&gt;Courtesy: Nashville Predators on Twitter&lt;/p&gt;

Kyle Connor scored two goals and had an assist as the Winnipeg Jets beat the Nashville Predators 6-2 on Saturday night, pushing the Presidents' Trophy winners to the brink of elimination with a 3-2 lead in their Western Conference semifinal.

Now the Jets, who just won their first playoff series in the first round, will have a chance to clinch a spot in their first Western Conference final Monday night in Game 6 back in Winnipeg.

Connor Hellebuyck made 38 saves for the Jets.

Dustin Byfuglien and Mark Scheifele each had a goal and an assist, and Paul Stastny and Mathieu Perrault also scored as the Jets got four goals on 14 shots in the second period. Blake Wheeler also had three assists, and Nikolaj Ehlers added two.

Yannick Weber and Ryan Johansen each scored for Nashville. The Predators have not won consecutive games since taking a 2-0 lead over Colorado to start the playoffs.

Pekka Rinne, Nashville's Vezina Trophy finalist, was pulled for the third time this postseason after giving up six goals on 26 shots.