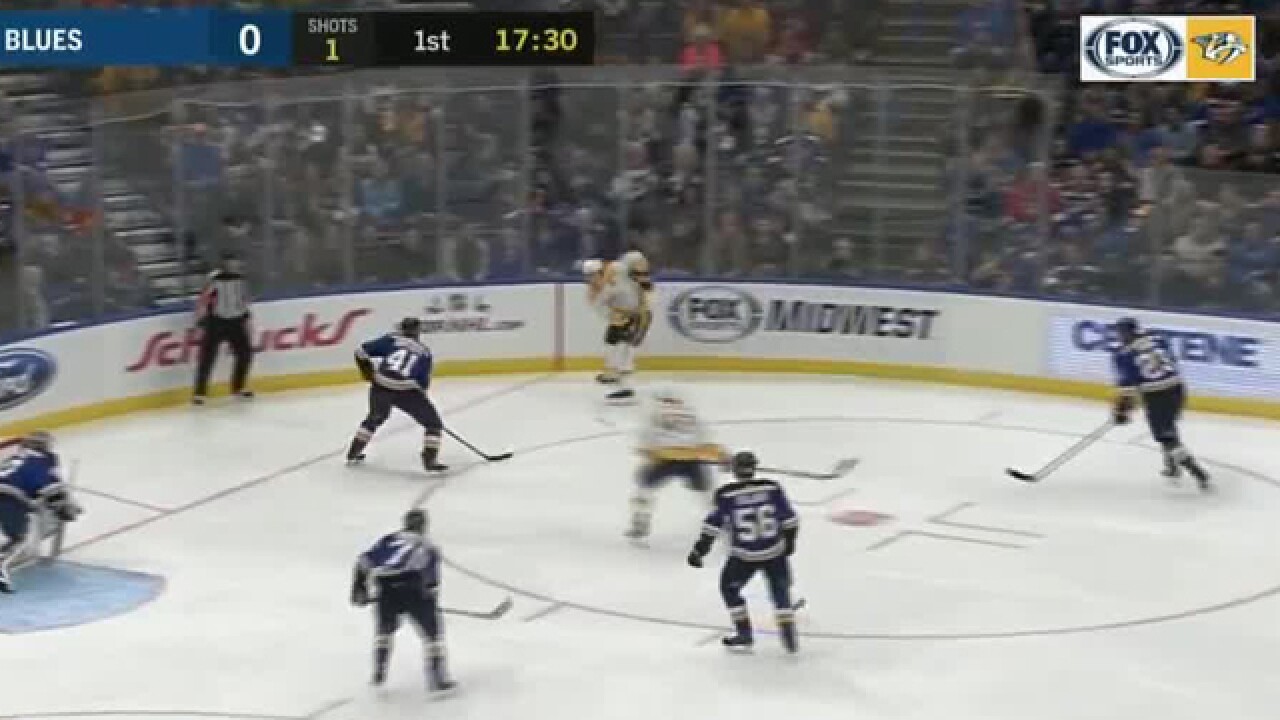 Ryan Johansen had a goal and an assist, and Pekka Rinne earned his second shutout of the season as the Nashville Predators beat the St. Louis Blues 2-0 on Friday night.

Johansen's scored his third goal of the season early in the first, and Rinne made it hold up, stopping 34 shots as he shut out St. Louis for the third time in his career.

The Predators won their fourth straight game and improved to 9-2 in November.

Carter Hutton made 26 saves for the Blues, taking his first loss in just his sixth appearance as St. Louis was shut out for the second time this season. Hutton made the save of the game, sliding across the crease to rob Viktor Arvidsson midway through the third period.

The Blues went 0-for-3 on the power play, mustering just two total shots as the Predators put up a wall on their own blue line. St. Louis entered the game with the 24th-ranked power play in the league.

The Predators were held without a power-play opportunity for the first time this season and the first time since Feb. 23, 2017, in a 4-2 victory over Colorado.

It was the first meeting between the Central Division rivals since Nashville eliminated St. Louis in the second round of the playoffs last April.

Rinne won his eighth game in his last nine starts and improved to 20-16-4 over the Blues. Rinne wasn't tested much, but came up with glove saves on chances by Vladimir Tarasenko and Chris Thorburn as the Blues turned up the pressure in the third period.

Johansen ripped a one-timer from Filip Forsberg past Hutton to give the Predators a 1-0 lead just 2:32 into the game. After scoring once in his first 19 games, Johansen has scored twice in his last three.