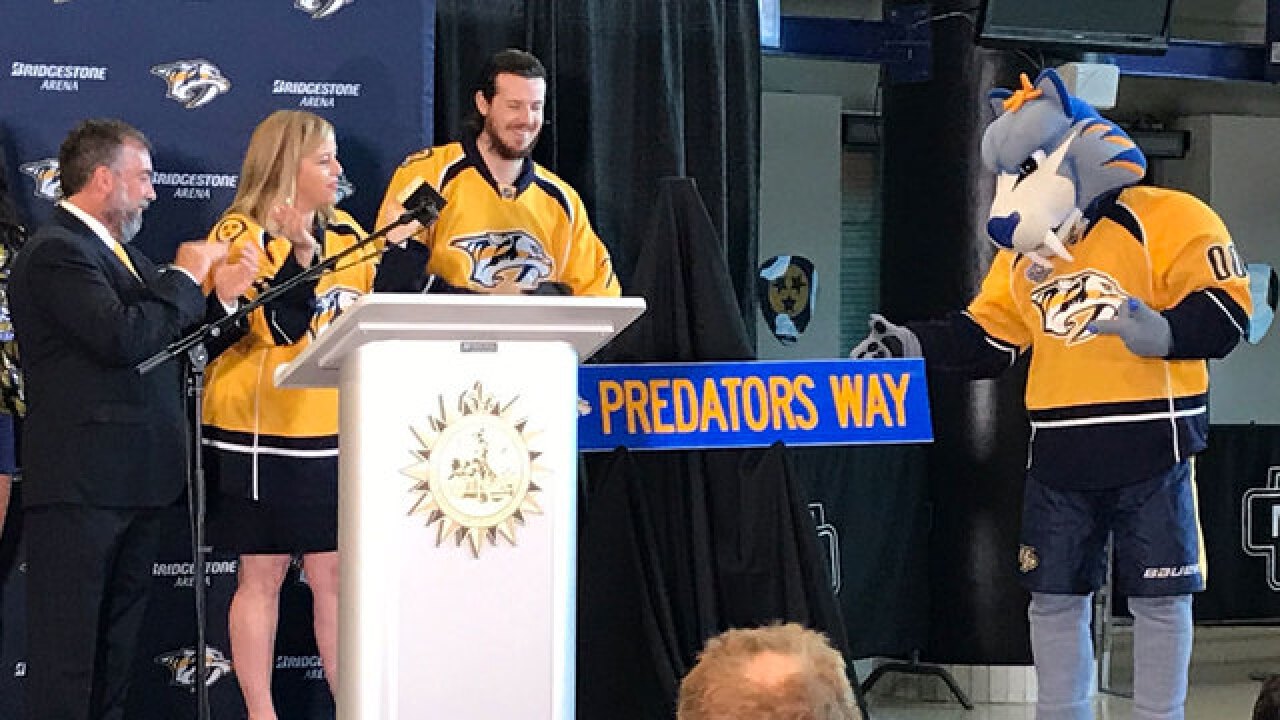 Monday, June 5, has officially been declared Predators Pride Day as the team gears up for Game 4 of the Stanley Cup Final. Mayor Megan Barry also announced some major changes for ways fans can enjoy the game.

Barry made the announcement with Metro councilmembers and a special guest – Predators center Ryan Johansen, who was also named honorary mayor for the day.

Fifth Avenue will also be renamed "Predators Way" for the rest of June.

Barry also announced several changes for fans ahead of Monday’s game. Nearly 50,000 came out to watch the Preds beat the Penguins on Saturday night.

To make the fan experience a little better, the mayor said the city will be removing some of the barriers from Broadway and expanding the footprint a bit.

Ascend Amphitheater will open at 6 p.m. for a free viewing party there. Barry said concessions will be available.

In addition, 150 Metro Nashville Police officers will be on-hand to help keep everyone safe.

To make additional room, some of the media and camera raisers will be removed, along with bike rack barriers. The Predators merchandise trailer will be relocated to 1st Avenue and Broadway.

Fans will be admitted to the viewing party at Bridgestone plaza at noon on a first come, first serve basis, where they'll be given a wristband. A third screen will also be added at 3rd Avenue and Broadway.