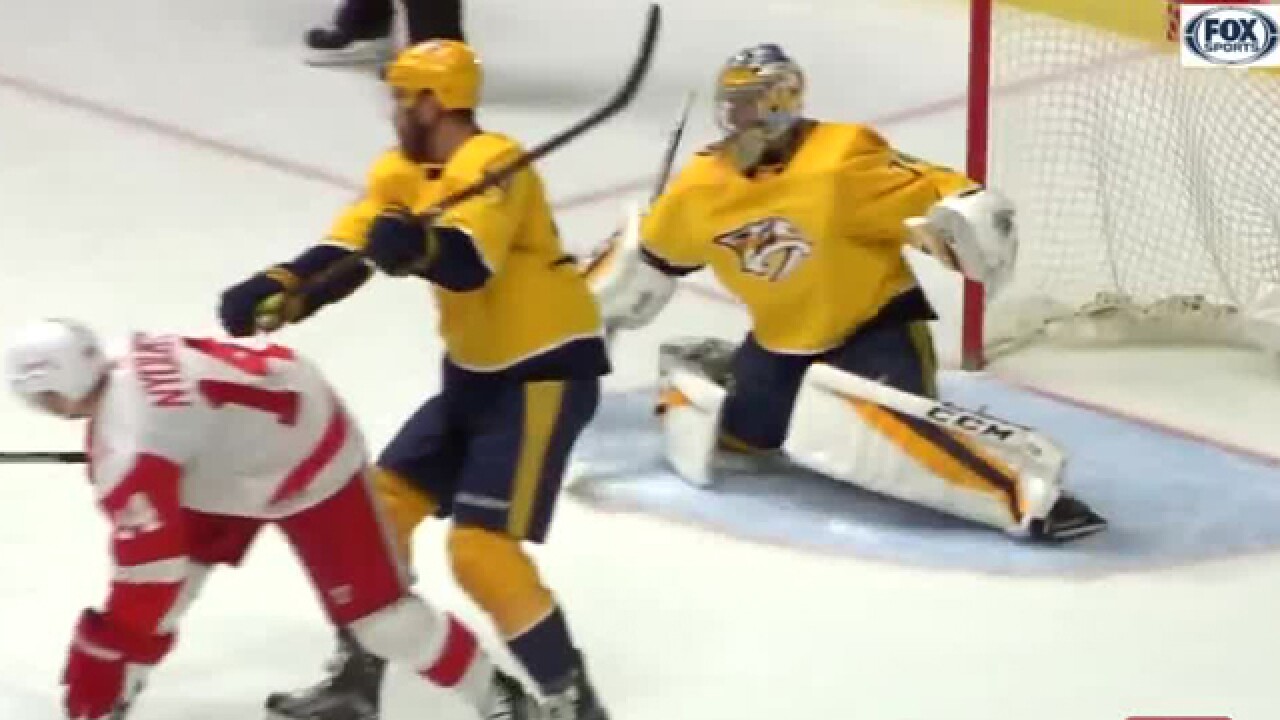 Mrazek improved to 6-0-0 in his career against the Predators, coming within minutes of getting his second shutout against them.

Craig Smith scored for the Predators, who lost in regulation at home in consecutive games for the first time since Dec. 19-21. Juuse Saros finished with 31 saves.

The Predators had the upper hand in the game's opening minutes, but Detroit capitalized on a blown coverage to take a 1-0 lead 4:12 into the game. Nashville defenseman Anthony Bitetto was caught well up ice, leading to a breakaway for Witkowski, who beat Saros with a backhand on the Red Wings' first shot.

Detroit doubled its advantage midway through the first when Nyquist re-directed Nick Jensen's shot between Saros' legs for his 16th.

Nashville had three power-play opportunities in the first 40 minutes, but managed just one shot on goal during that stretch. The Predators had gone 0 for 21 with the man advantage over seven contests before Smith scored on a breakaway with 5:25 left in  the third for his 17th.

Mrazek came up with a couple of big saves earlier in the third period to keep the Wings' two-goal lead. He turned away Calle Jarnkrok on a short-handed breakaway and denied Ryan Ellis' blast from the slot.

Helm capped the scoring with an empty-netter with 1:19 left.

Predators: Host Ottawa on Monday to close a four-game homestand.