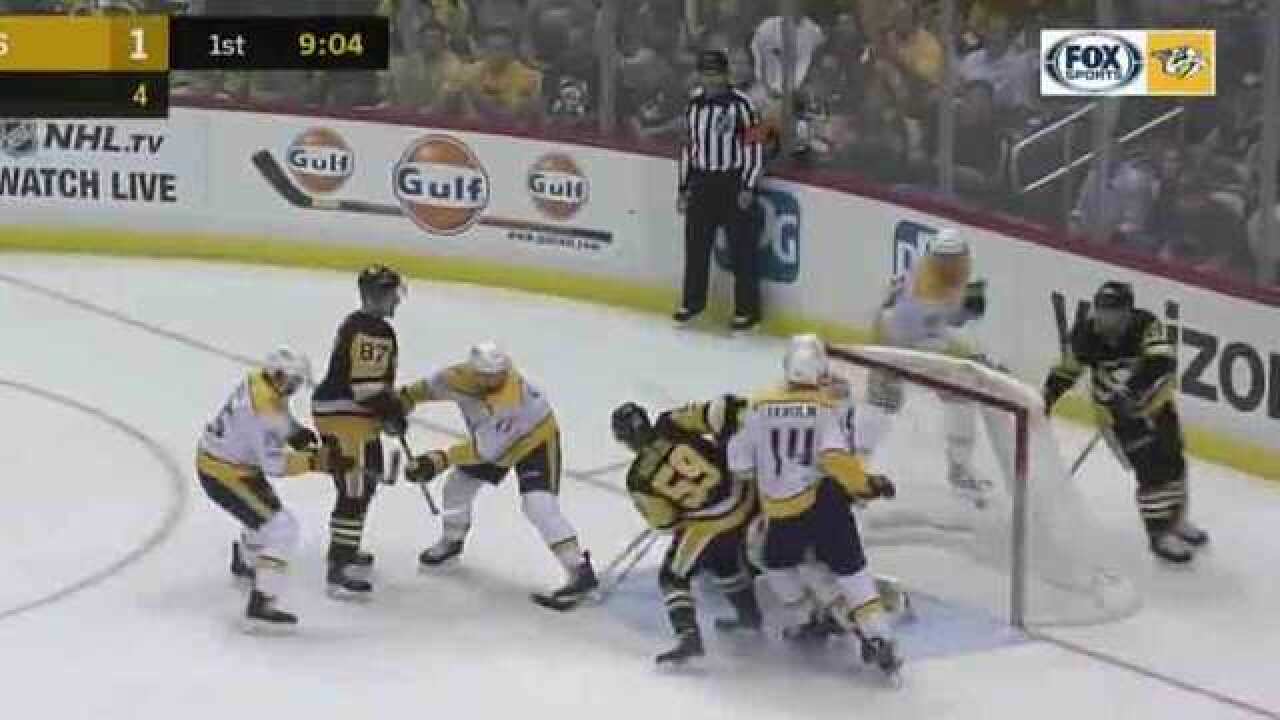 Olli Maatta, Ryan Reaves and Jake Guentzel also scored in Pittsburgh's first win in its third game of the season. The two-time defending champion Penguins were coming off an ugly 10-1 loss at Chicago at Thursday night.

Reaves, acquired in a June trade with St. Louis, also fought Austin Watson and Cody McLeod, finishing with 24 penalty minutes. He skated on a line with Sidney Crosby when the game turned chippy in the third period.

Murray, who allowed 11 goals on 65 shots in his first two games, posted his sixth career shutout. He also shut out Nashville in the final two games of the Stanley Cup Final in June.