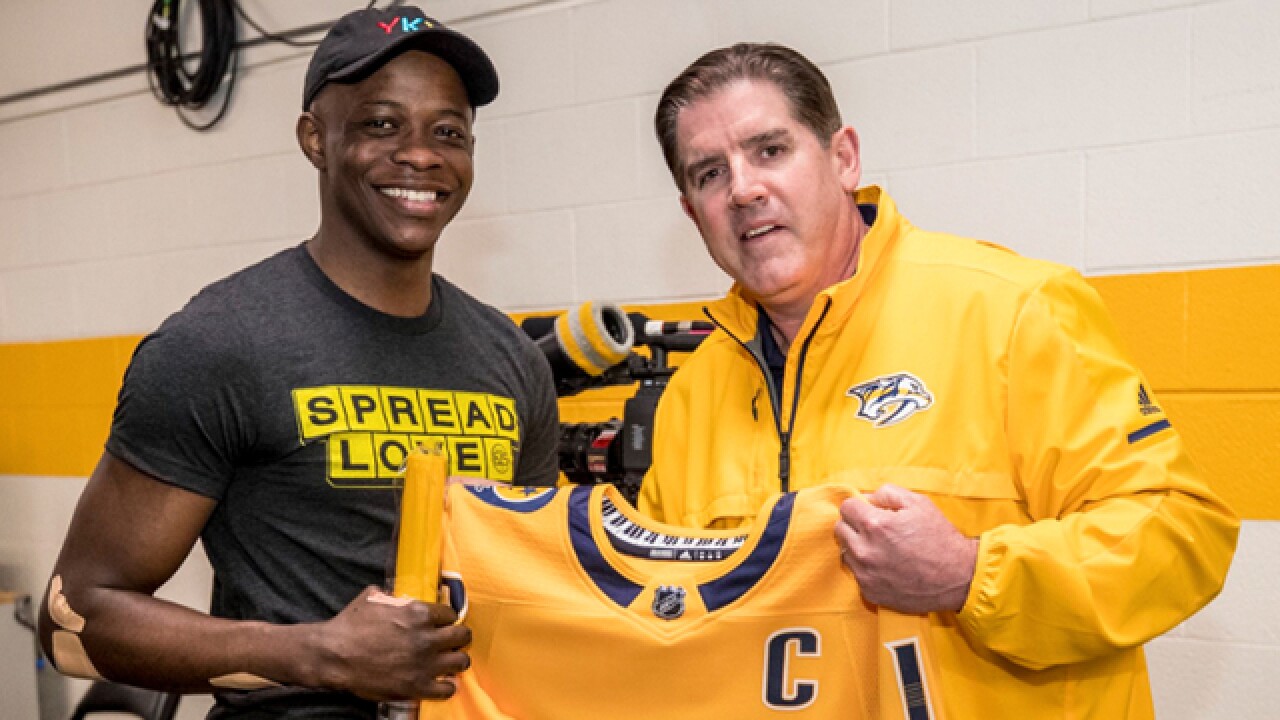 The Predators gave Nashville a chance to give the man who wrestled an AR-15 rifle away from a gunman at a Waffle House a standing ovation.

James Shaw Jr. met with Nashville coach Peter Laviolette before Game 2 Sunday night of the Predators' Western Conference semifinal with Winnipeg and he was given his own personalized jersey.

The Predators recognized several of the first responders from that deadly shooting a week ago in Nashville. The sold-out crowd gave Shaw a roaring ovation.

Police have credited the 29-year-old Shaw for averting more bloodshed after a gunman opened fire outside the Waffle House and then stormed the restaurant. Four people were killed and four others, including Shaw, were wounded.