Oh, Brother! Subban Vs Subban Goes To Vegas Goalie In SO 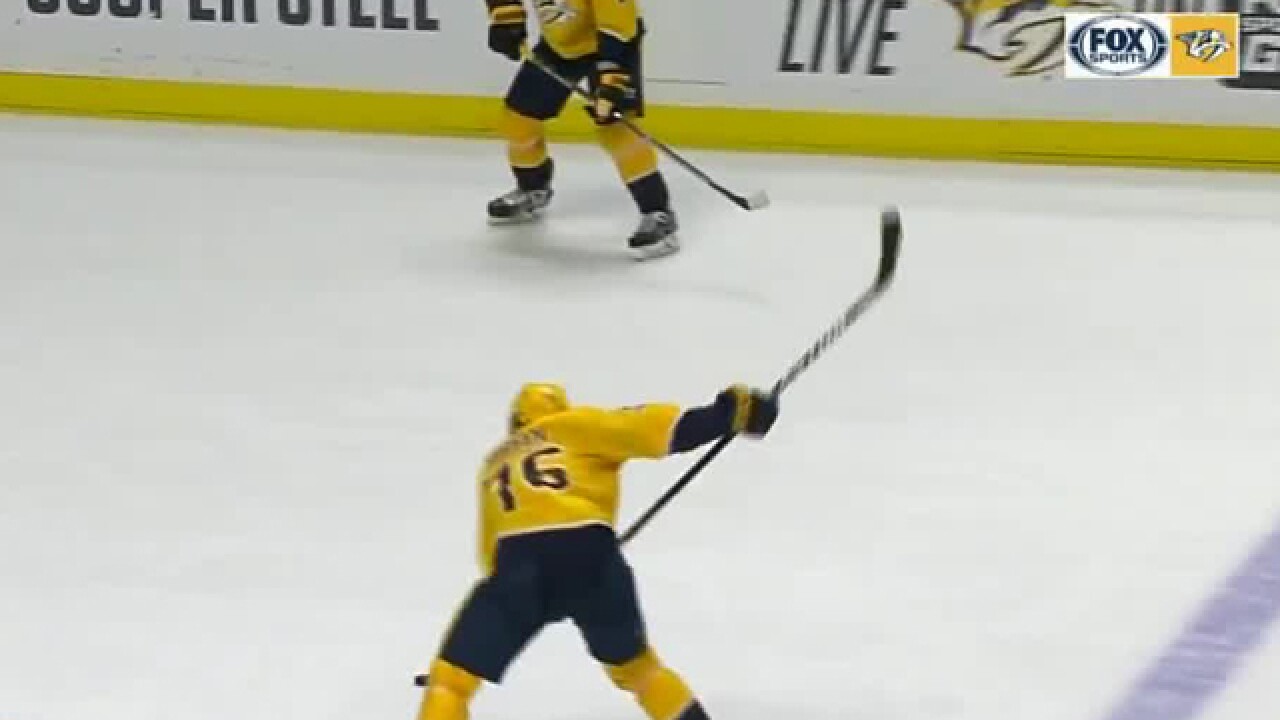 Malcolm Subban won a matchup of siblings, making 41 saves and then denying all six shootout attempts Friday night to lead the Vegas Golden Knights to a 4-3 victory over star defenseman P.K. Subban and the Nashville Predators.

Reilly Smith scored the only goal of a six-round shootout for the Golden Knights. William Karlsson, James Neal and Erik Haula scored in regulation to help Vegas win its third straight game.

Nate Schmidt had two assists, and Haula forced overtime when he scored with 40 seconds left in the third period after the Golden Knights pulled Subban.

Calle Jarnkrok, Viktor Arvidsson and Nick Bonino had the goals for Nashville, which had won three in a row.

It was the first time the Subbans faced each other in an NHL game. According to the NHL, they became the 10th set of brothers to play against one another with one a skater and the other a goaltender.

Karlsson scored the game's first goal at 6:55 of the opening period on a power play.

At the Nashville blue line, Alex Tuch split Predators penalty killers Bonino and Colton Sissons and drove through the right faceoff circle. From there, he slid a pass to an unchecked Karlsson in the low slot and he beat goalie Pekka Rinne between the pads.

Luca Sbisa's shot attempt from the top of the left circle ricocheted off the skate of Arvidsson and across the ice to the right circle, where a perfectly positioned Neal beat Rinne with a one-timer.

Vegas selected Neal from the Predators in the expansion draft, with the defending Western Conference champions electing to protect Jarnkrok instead. Neal spent three seasons in Nashville, scoring 77 goals in 219 regular-season games.

Jarnkrok got Nashville on the scoreboard 1:03 later.

Just inside the Golden Knights blue line on the left side, Filip Forsberg slid a backhand pass to Pontus Aberg in the high slot. Aberg passed to Jarnkrok at the left of the Vegas net before he stickhandled in front, slid to the right and faked out the Vegas goalie, depositing the puck into the open net.

Malcolm Subban stopped Kevin Fiala's shot from the top of the left circle, but Arvidsson was in front and was able to put in the rebound while being upended by Golden Knights defenseman Colin Miller.

Vegas challenged for goalie interference, but the goal was allowed to stand.

Nashville took its first lead at 14:56 of the third.

Arvidsson forced a turnover behind the Vegas net and found Bonino in front for his sixth of the season.

Haula forced overtime when he scored at 19:20. With Malcolm Subban off for the extra attacker, Haula's one-timer from the right circle glanced off the skate of Nashville captain Roman Josi and by Rinne.

Golden Knights: At the Dallas Stars on Saturday.

Predators: At the Vancouver Canucks on Wednesday.