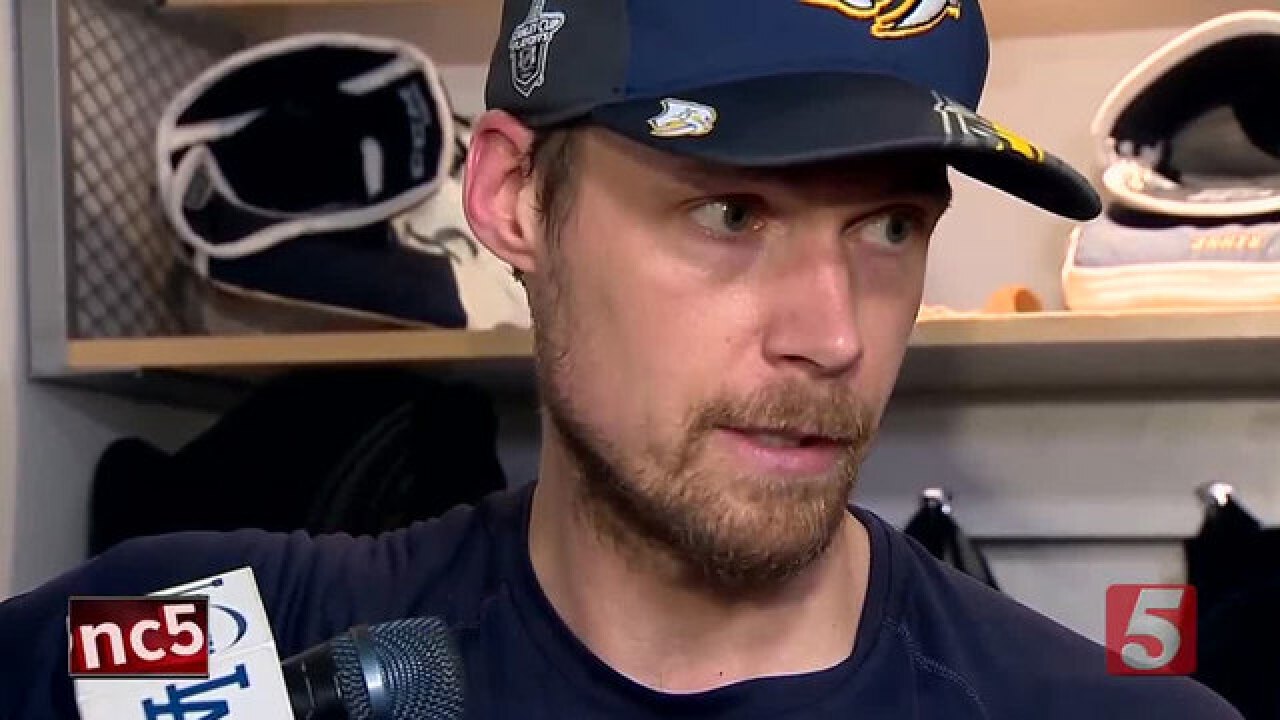 Nashville Predators goaltender Pekka Rinne has been placed on injured reserve after a collision during Friday's game against the Calgary Flames.

The team made the announcement Saturday and said they’re recalling goaltender Miroslav Svoboda from the ECHL's Atlanta Gladiators.

Rinne had 15 saves on 18 shots before leaving with just under 15 minutes left in the third.

While Rinne was stretching to try and stop the puck, Kevin Fiala landed on top of the goalie in an awkward-looking collision.

Rinne stayed in the game briefly, but came to the bench at 5:09 and after talking with the training staff went to the dressing room.

According to the Predators, Svoboda, age 23, is two starts into his first professional season in North America, going 2-0-0 for the Gladiators.