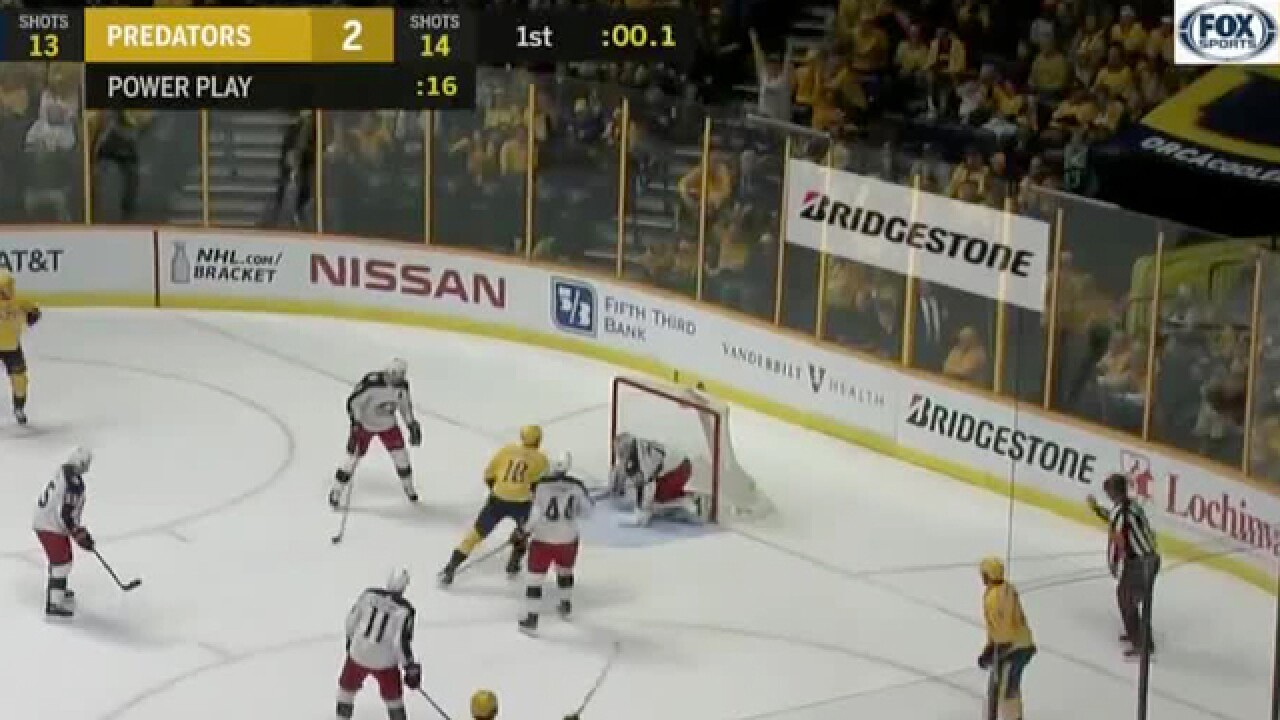 The Predators accepted their first Presidents' Trophy before the game from NHL deputy commissioner Bill Daly, and captain Roman Josi grabbed the trophy with his left hand before the rest of the team joined him on the ice for photos.

Fans then chanted "We want the Cup" for the defending Western Conference champs who lost the Stanley Cup in six games to Pittsburgh last June.

Nashville followed up the trophy presentation by winning its franchise-record 53rd game this season to finish with 117 points.

Austin Watson also scored for Nashville, which goes into the postseason having won two straight.

Losing helped Columbus avoid opening the playoffs against Pittsburgh for a second straight year and instead put the Blue Jackets into a first-round series with Washington.

The Predators scored three goals in the first period with Watson starting the scoring at 7:52 of the first and Forsberg adding a pair on the power play.

Forsberg scored on a snap shot at 11:04 . Then he got his 26th goal of the season just before the buzzer for a 3-0 lead with a shot from the right circle that went off the post and then Korpisalo into the net . Officials reviewed the play, which crossed at 0.4 seconds before the end of the period.

With Korpisalo pulled, Forsberg got his first hat trick this season with an empty-net goal with 39.4 seconds left as fans celebrated by tossing the giveaway visors onto the ice.

Anderson got his 19th goal at 7:55 of the second, and Dubinsky pulled Columbus within 3-2 with a short-handed goal at 7:20 of the third.

Blue Jackets: Face Washington in the first round of the playoffs.

Predators: Hosting either St. Louis or Colorado on Thursday.