Predators Down Kings On Arvidsson's Breakaway Goal In OT 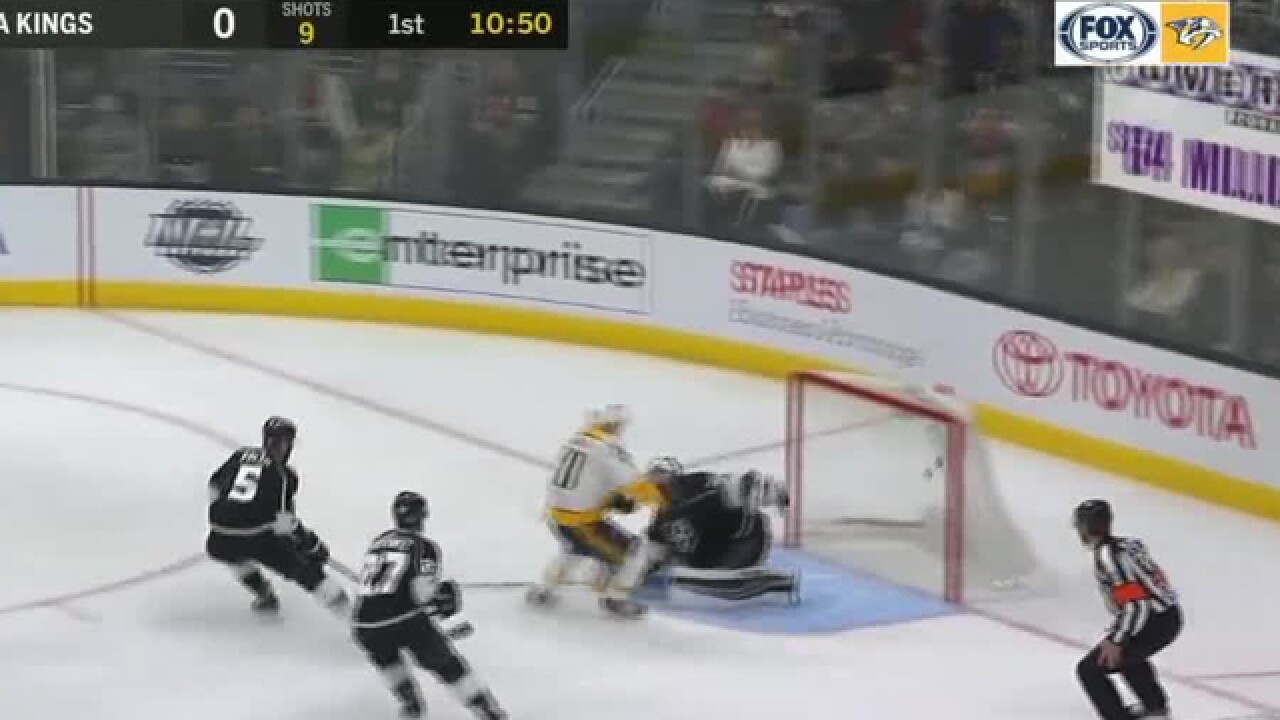 Viktor Arvidsson scored on a breakaway at 4:40 of overtime, lifting the Nashville Predators to a 4-3 victory over the Los Angeles Kings on Saturday night.

Miikka Salomaki, P.K. Subban and Craig Smith also scored for Nashville, and Juuse Saros made 36 stops for his first victory in four starts.

The Kings got on the board 16 seconds into the third when Anze Kopitar fed a wide-open Alex Iafallo near the net. It was Iafallo's first career goal after 32 shots this season.

Their second goal came after a faceoff in the neutral zone. Christian Folin fired a shot from just past the red line by a surprised Saros. It was Folin's first of the season.

The Kings tied it on Alec Martinez's power-play slap shot by Saros at 12:16. Kopitar picked up his second assist of the game and No. 10 on the season.

For the second consecutive night, the Predators jumped out to a 3-0 lead.

Nashville got its third goal when Smith fired a shot to the far post past goalie Darcy Kuemper early in the second period.

The Predators jumped in front on a slightly odd play. After a scramble behind Nashville's net, defenseman Yannick Weber lofted a puck that sailed like a football pass. Salomaki settled it down for a breakaway and fired a shot between the legs of Kuemper for his first goal of the season.

Nashville went up 2-0 less than a minute later when Subban sent a wrist shot between the legs of Kings defenseman Jake Muzzin and by Kuemper. At that point, the Predators had three shots and two goals.

Kings: Slide over to the next county on Tuesday to play at the Anaheim Ducks.