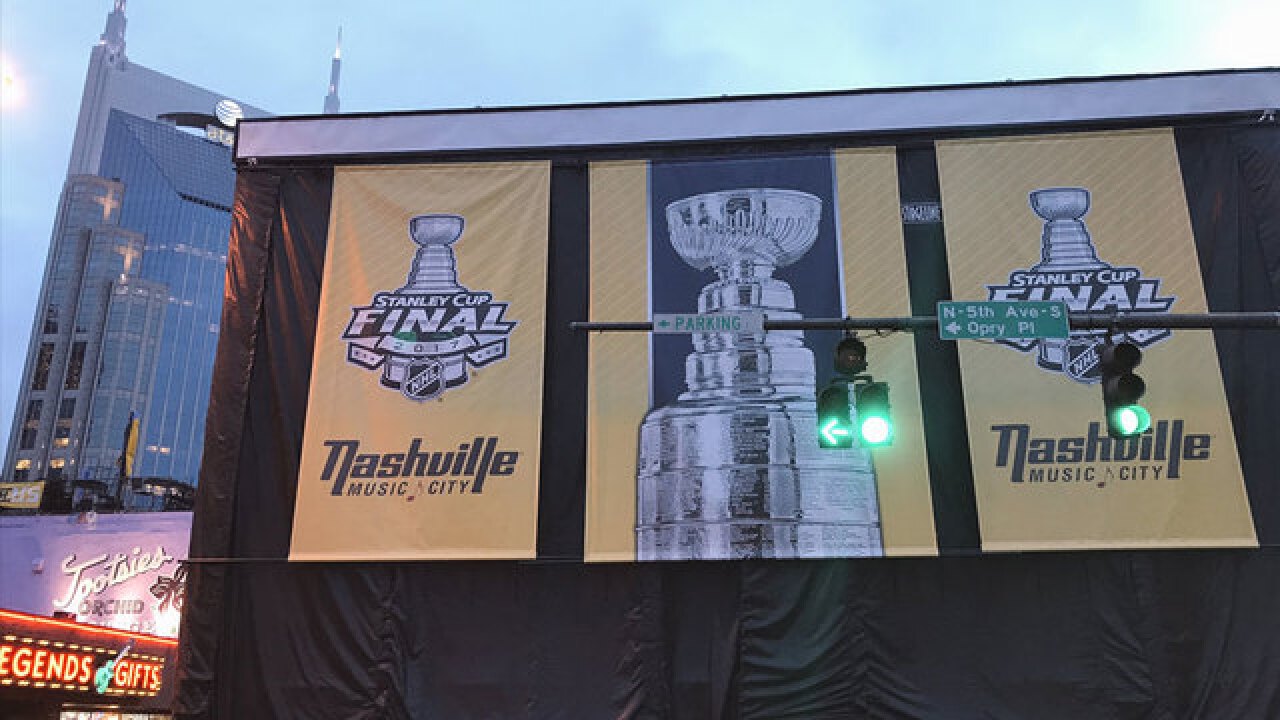 The Nashville Predators got a huge win in Game 4 of the Stanley Cup Final Monday night, tying the series at two games a piece after a dominant 4-1 win at Bridgestone Arena.

The win ensures Music City will host Game 6 on Sunday night. First, Nashville must take on Pittsburgh in the Steel City for Game 5 on Thursday.

The Preds pulled off a big 5-1 win at home in Game 3 over the weekend after falling down 0-2 in Pittsburgh.

Thousands of raucous Preds fans were downtown to celebrate that win Saturday night.

An estimated 50,000 people were on Broadway to watch the game on the big screens and to see the free Alan Jackson show.

Country music stars Rodney Atkins, Kip Moore and Brett Young are set to perform before the puck drops at 7 p.m.

There will be added security measures in place for the game. The Convention and Visitors Bureau is working to expand the capacity and ensure an even safer experience.

The president said the footprint was not as large as New Year’s Eve or July 4th but was equally crowded. They met Sunday and will meet again this morning to finalize plans.

Read More:
Changes Made In Nashville For Games 4 & 5
Preds Bounce Back, Win 5-1 On Historic Night In Smashville
Smashville Pumps Up The Volume For Skeptics
Preds Beat Penguins 5-1, Trail Cup Final 2-1