Predators Host 'Skate of the Union' 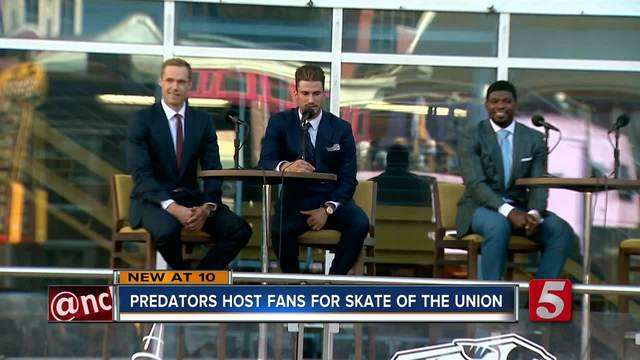 The Nashville Predators hosted their annual "Skate of the Union" leading into their final home preseason game. 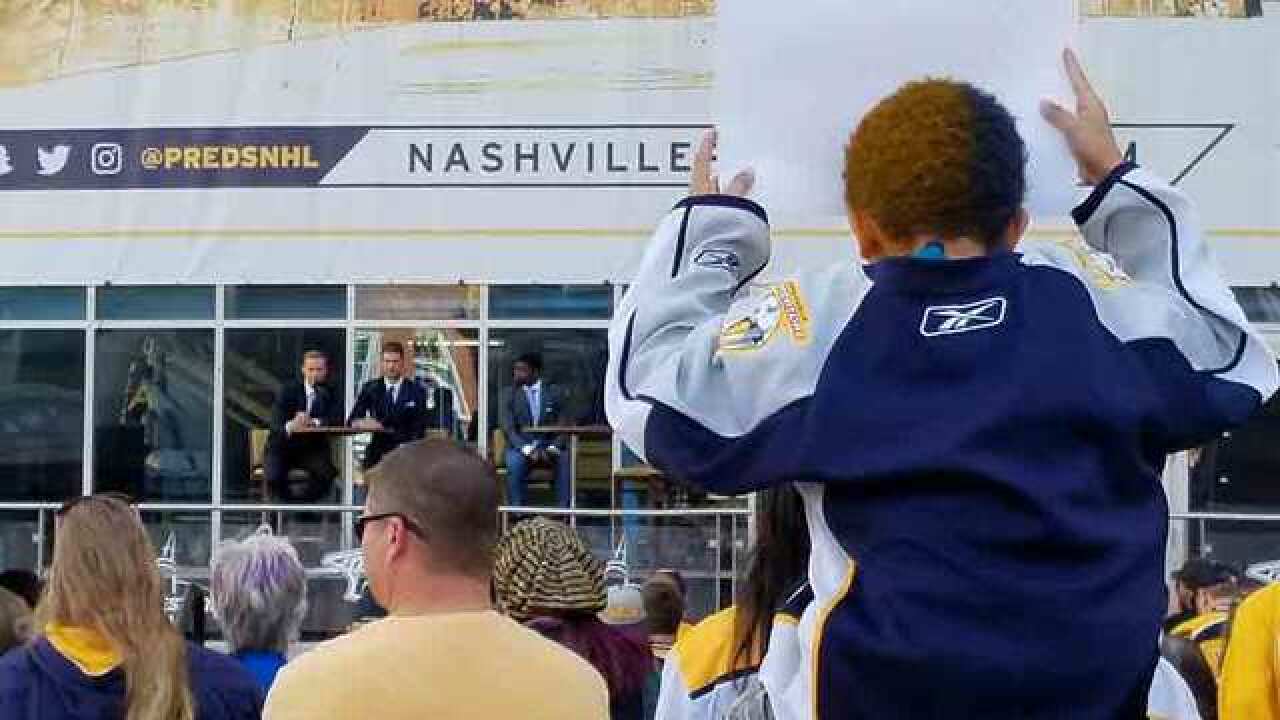 The Nashville Predators hosted their annual "Skate of the Union" leading into their final home preseason game.

Goaltender Pekka Rinne, Captain Roman Josi, and P.K. Subban were in the first panel at the event on Saturday and answered questions ranging from hockey strategy and preparation for the season to questions about who has the best hair on the team and who would be the most likely to become a ninja.

"The players are super fun and genuine, so it's fun to get to know them at stuff like this," Predators fan Emma Severs said.

"The whole city knows what this team is and it's exciting that we're about to get going, because if we waited any longer, I think the city would blow up!" Henry said of the excitement surrounding the team.

The Skate of the Union is underway at @BrdgstoneArena with Pekka, Captain Roman Josi, and @PKSubban1! @PredsNHLpic.twitter.com/VbiLvIFDLg

The first game will take place on Tuesday, October 10, and prior to the game, the team's first banner will be raised.

"It's gonna be awesome," Henry said. "When we raise that banner, I'm gonna be crying, I just will. But everybody will be!"

Many see it as an almost perfect way to start the season, the only thing better would be a Stanley Cup champion banner, but with all of the excitement going into this season, hopes have been that banner could come next year.

"I'm just hoping we live off the energy we had at the end of the season and go and try to do what we did, try to get the cup and bring it home for us finally," said Jerry Cornett, a season ticket holder since the beginning.

The Predators will start their season on the road against the Bruins on Thursday, October 5.