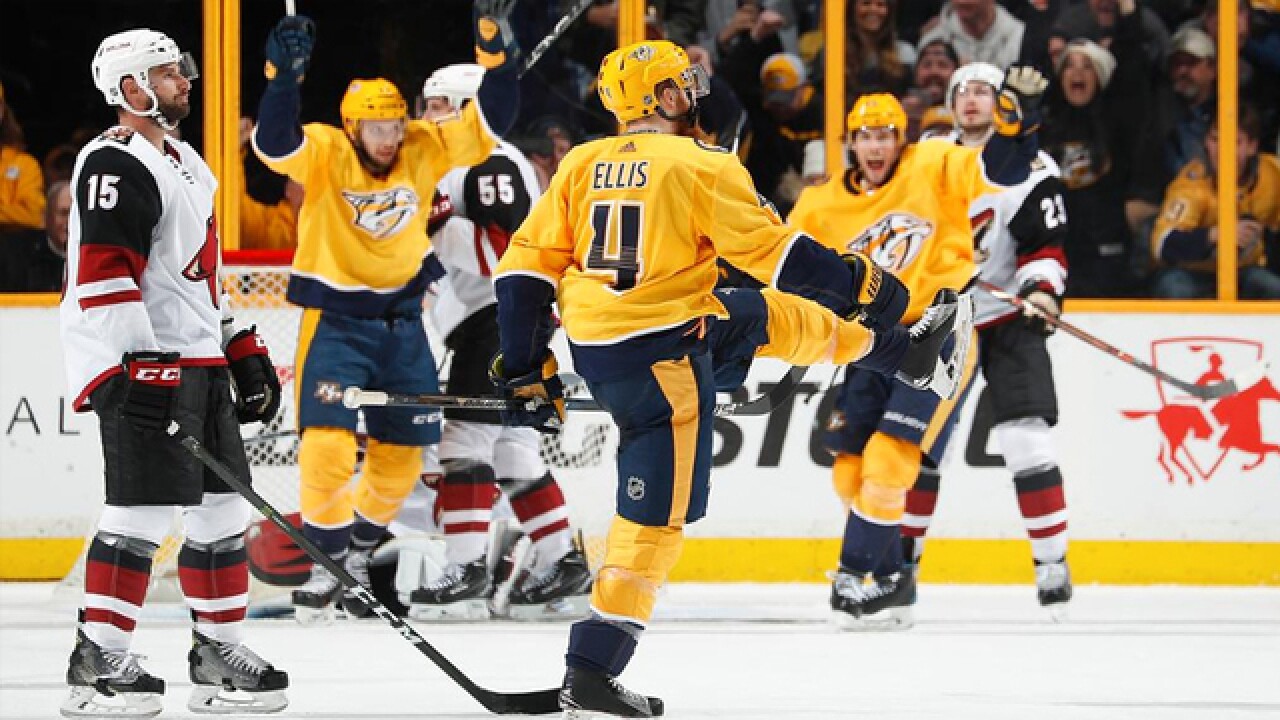 The Nashville Predators have signed defenseman Ryan Ellis to an eight-year contract worth $50 million.

The beard is back! #Preds sign defenseman Ryan Ellis to eight-year contract.

Ellis has one year remaining on the five-year, $12.5 million contract he signed in 2014.

"Ryan is a huge part of our team on and off the ice and we are happy to have his leadership remain in our locker room for the foreseeable future," David Poile, President of Hockey Operations/General Manager, said in a release.

The 27-year-old’s rating tied for fifth among all NHL blueliners and was the highest by a defenseman and second-highest overall in Predators history.

Ellis was drafted 11th overall by the Predators in the first round of the 2009 NHL Draft.