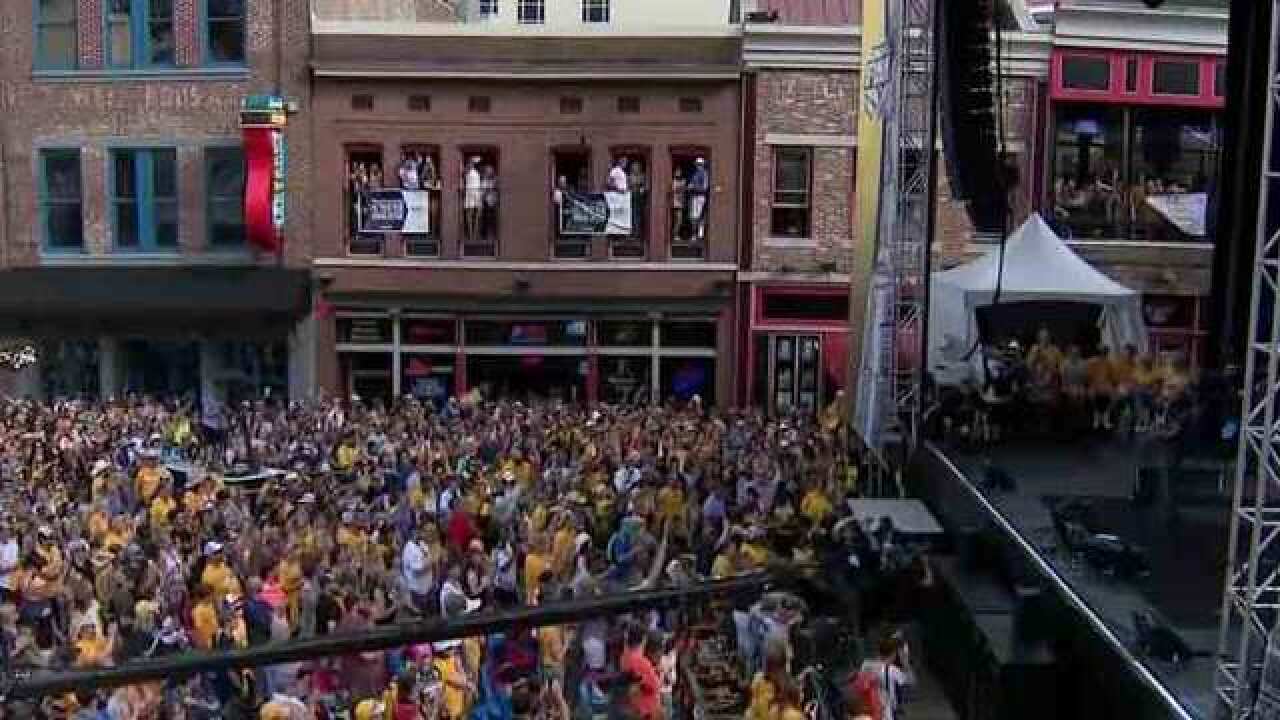 Pekka Rinne bounced back with 27 saves and the offense came alive as the Nashville Predators beat the Pittsburgh Penguins 5-1 in Game 3 of the Stanley Cup Final on Saturday night to cut their series deficit to 2-1.

Roman Josi, Frederick Gaudreau, James Neal, Craig Smith and Mattias Ekholm scored for the Predators, who won the first home Cup Final game in franchise history. A party inside and outside the arena featured an anthem by Martina McBride, several catfish tossed onto the ice and a raucous standing-room only crowd that saw the Predators improve to 8-1 at home in the playoffs. Defenseman P.K. Subban had guaranteed a win and the Predators delivered.

The Predators rebounded from two losses in Pittsburgh and ended a 72:54 drought against Penguins goaltender Matt Murray, scoring five goals on 33 shots, including two on the power play. Jake Guentzel scored his playoff-leading 13th goal as he nears the NHL rookie record, but the Penguins went 0 for 3 on the power play.

Game 4 is Monday night in Nashville.