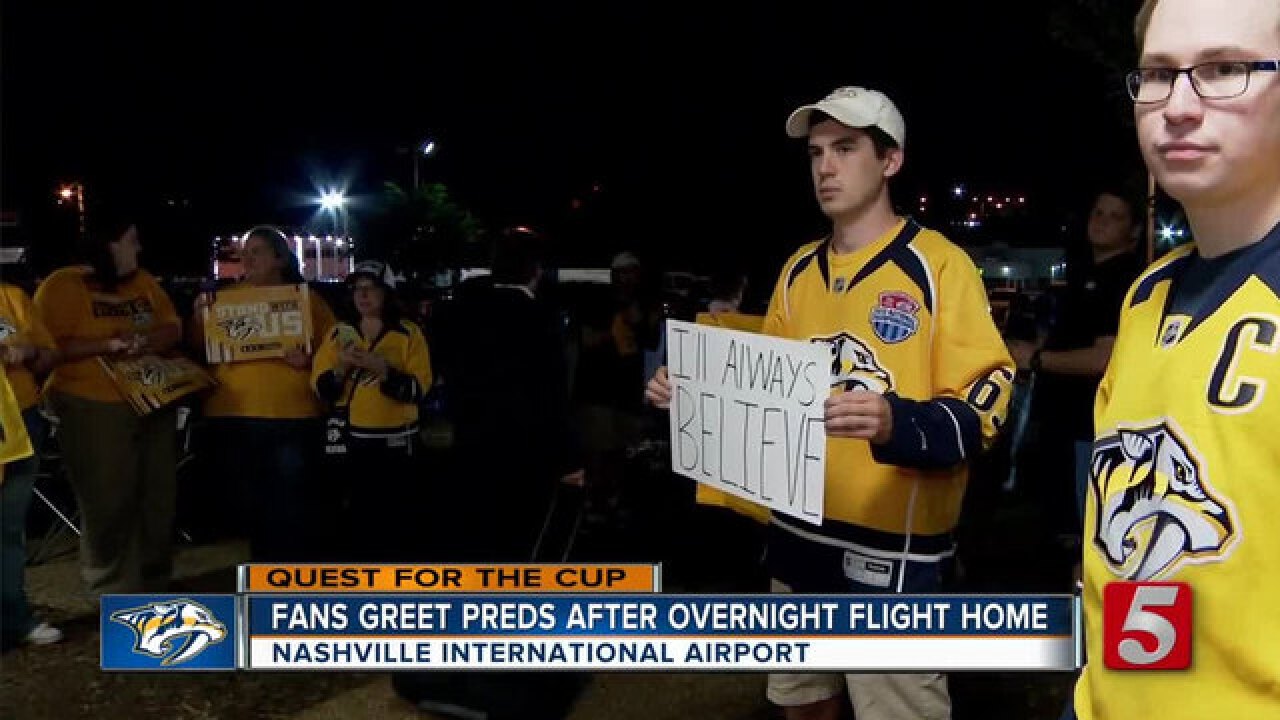 The Nashville Predators have returned home to Music City after another tough loss in Pittsburgh.

Coach Peter Laviolette was the first out of the airport hangar where he thanked the fans for coming out.

Most of the players exited with a sober but focused look as they now prepare for a home game in primetime Saturday.

"I just believe there's been a couple things... Run this table and win the next four,” fan Jason Rotgun said.

Big plans are in the works for Saturday's home game. Alan Jackson will be playing a free concert at 4:45 p.m. Broadway.

The Preds have only lost one playoff game at home this season.