Preds To Face Ducks In Game 4 At Bridgestone Arena 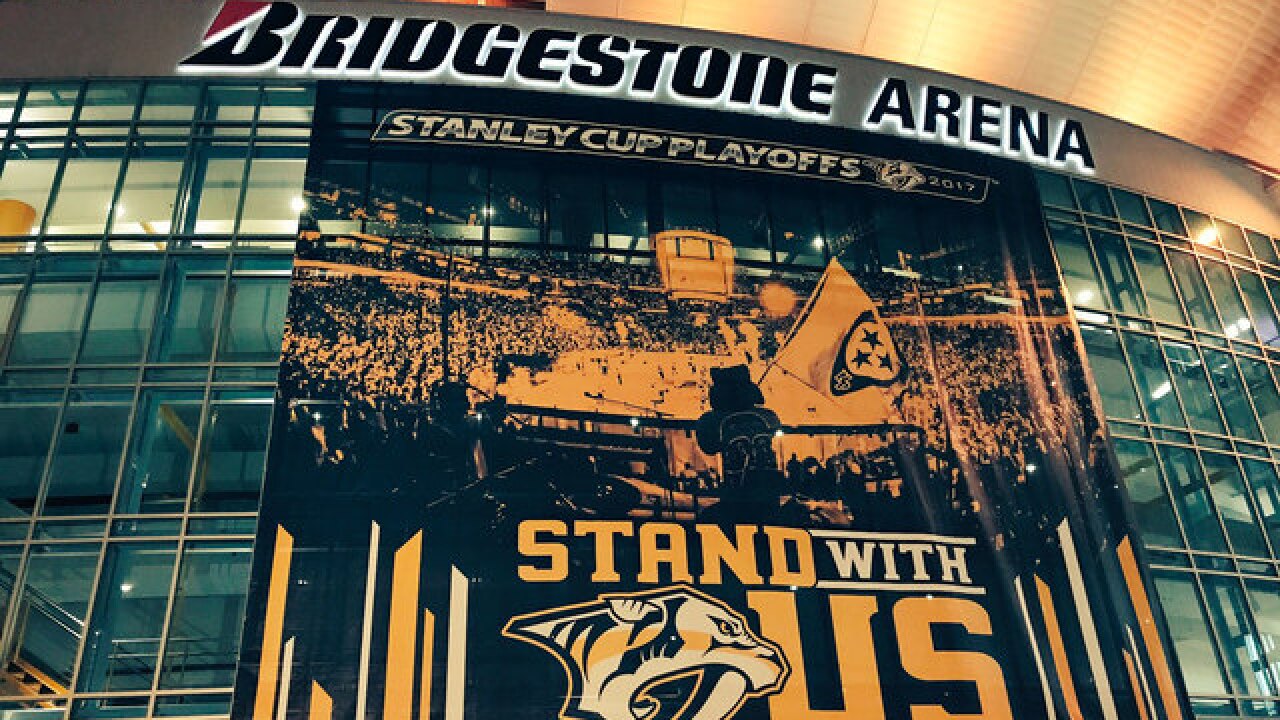 It's a big night in Smashville! The Nashville Predators have been set to take on the Anaheim Ducks in game four of the Western Conference Final.

Bridgestone Arena will be packed with thousands of fans on Thursday evening.

Going back to last season, the Predators have now won ten straight playoff games at home, and the last team to do that was the Detroit Red Wings 20 years ago!

FUN FACT: #Preds have won 10 straight playoff games at home (going back to last season). It's been 20 years since a team has done that @NC5 pic.twitter.com/o1UcfDnK8g

The Predators have been making history one game at a time. This has been the franchise's first time playing in the Western Conference Final.

The team is up two games to one against the Ducks after a win in game three on Tuesday. The Preds just need to win two more games, and they will be going to the Stanley Cup Final!

The team has the momentum and the crowd support going into Thursday night.

"I've played in loud rinks, but this one blows that away,” James Neal said. “The fans are unbelievable. Every guy isn't just saying that because we're a part of the Nashville Predators... It truly is a special place to play."

It's also a special place to see a game, and fans have been taking notice. Tickets to the games have been expensive. A few tickets for game four were still available as of Thursday morning. To see which seats may still be open, click here.

The puck has been scheduled to drop at 7 p.m.