Radulov, Seguin Score In Shootout To Lift Stars Over Preds 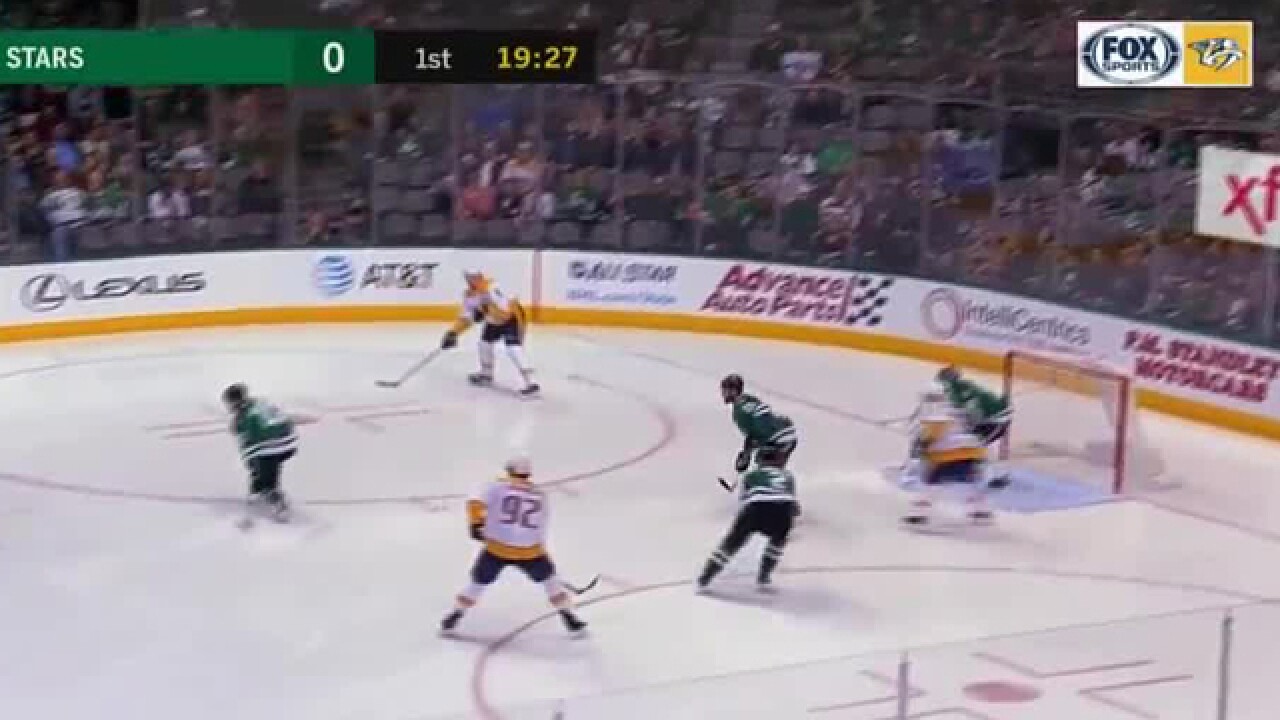 Alexander Radulov and Tyler Seguin scored during the shootout, Ben Bishop had 29 saves and the Dallas Stars beat the Nashville Predators 4-3 on Saturday night.

Bishop was 2 for 2 in the shootout after surviving a 5-on-3 during overtime. The Predators outshot Dallas 5-1 in OT.

Nashville's Ryan Johansen made it 3-3 about five minutes into the third period on a power play. The Predators had led 2-0 on goals from Alexei Emelin and Calle Jarnkrok in the first period.

Seguin scored on a power play in the first to make it 2-1, and then Antoine Roussel and Martin Hanzal scored in the second to put Dallas up 3-2.

Nashville's Juuse Saros made 25 saves but stopped only 1 of 3 in the shootout and lost for the first time in three starts against Dallas.

John Klingberg, who leads NHL defensemen with 31 points, had two assists for Dallas. Johansen had a goal and an assist.

The Stars entered the game 0-6 against the three teams ahead of them in the Central Division, including 0-2 against the Predators.

The Predators scored on two of their first four shots on goal.

Emelin took a pass high in the slot from Viktor Arvidsson for Nashville's first goal just 34 seconds in. The wrist shot was Emelin's first goal in 68 games and only the 15th in 414 career games.

Colton Sissons took the puck away from Jamie Benn on Dallas' power play and set up Jarnkrok. His wrist shot from the right side clanked in off the left goalpost at 7:03 of the first period.

At 12:13, Seguin cut the lead to 2-1 with a snap shot from the middle of the right faceoff circle.

Roussel tied it when he batted in the rebound of a shot by Klingberg.

Dallas' next rebound goal was even easier. Gemel Smith shot off Saros' pads, and Hanzal had an open net to slide in a backhand at 13:18.

Stars: Travel to Minnesota for a game on Wednesday night.