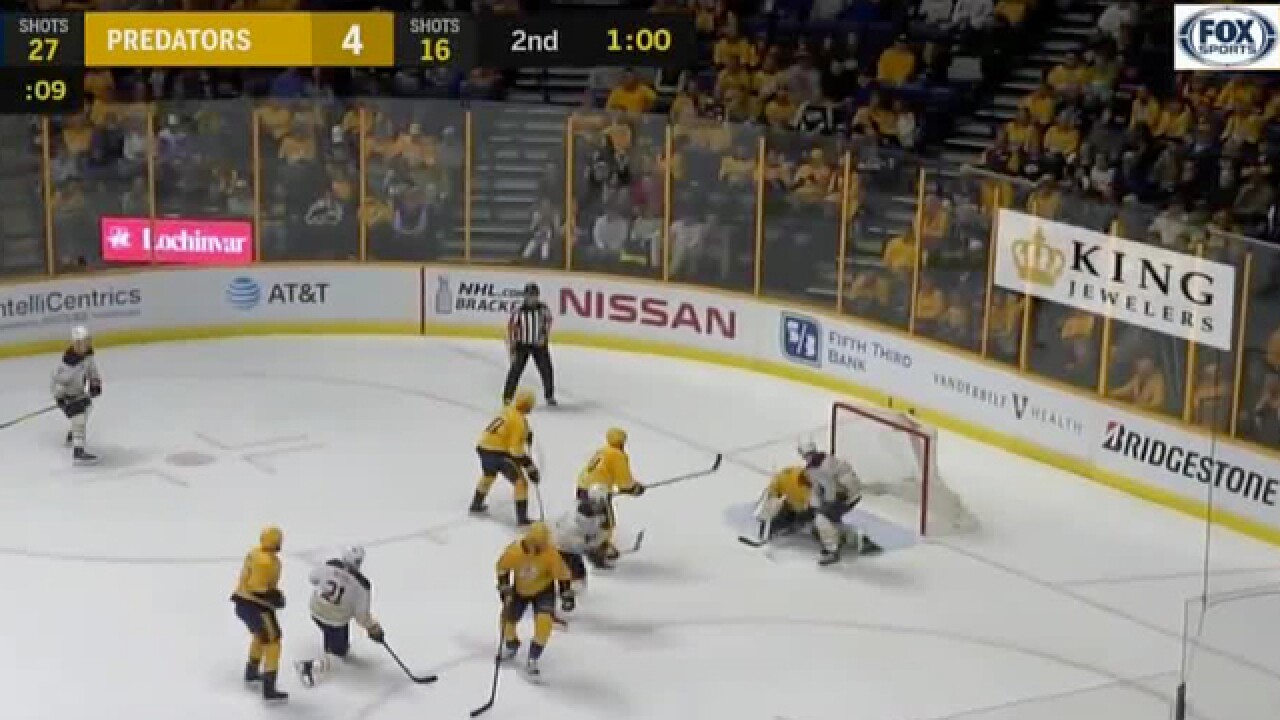 The Predators needed a win and a regulation loss by Winnipeg to clinch their first Central Division title and a loss by Vegas in any fashion for the defending Western Conference champs for their first conference banner in the regular season. But Winnipeg beat Toronto 3-1, and the Predators played a sloppy game giving up a season-high in goals to the NHL's last-place team.

Despite a league-worst 60 points, the Sabres outshot Nashville from the start and chased goalie Pekka Rinne after he gave up six goals on 29 shots through two periods.

Jason Pominville and Ryan O'Reilly also scored for Buffalo, and Eichel tied a franchise single-game record with his assists.

The Sabres took control by scoring three power-play goals -- two by Reinhart -- on a 5-minute major after defenseman Victor Antipin was boarded by Nashville forward Scott Hartnell behind the Buffalo net at 14:09 of the second. Antipin was strapped to a backboard and taken off the ice on a stretcher.

Reinhart tied it up at 4 just 55 seconds into the power play, and he put Buffalo ahead at 17:18 with his second goal. Kyle Okposo scored his second of the night at 19:00 for the big lead.

This game also marked the NHL debut of Nashville rookie Eeli Tolvanen, and coach Peter Laviolette gave Filip Forsberg the night off and replaced him with the Finn who set the KHL scoring record for an 18-year-old with Jokerit before being eliminated in the second round of the playoffs.

Pominville started the scoring 43 seconds in.

Turris made it 3-1 a couple minutes into the second.

O'Reilly scored at 5:45 of the second on the power play, and Okposo tied it up at 3 with a wrister from the slot off a rebound at 7:20. The Predators took a 4-3 lead at 12:50 when Bonino hopped over Johnson's left leg and backhanded the puck into the net. Buffalo lots its challenge for goaltender interference with Johnson on his belly in the crease.