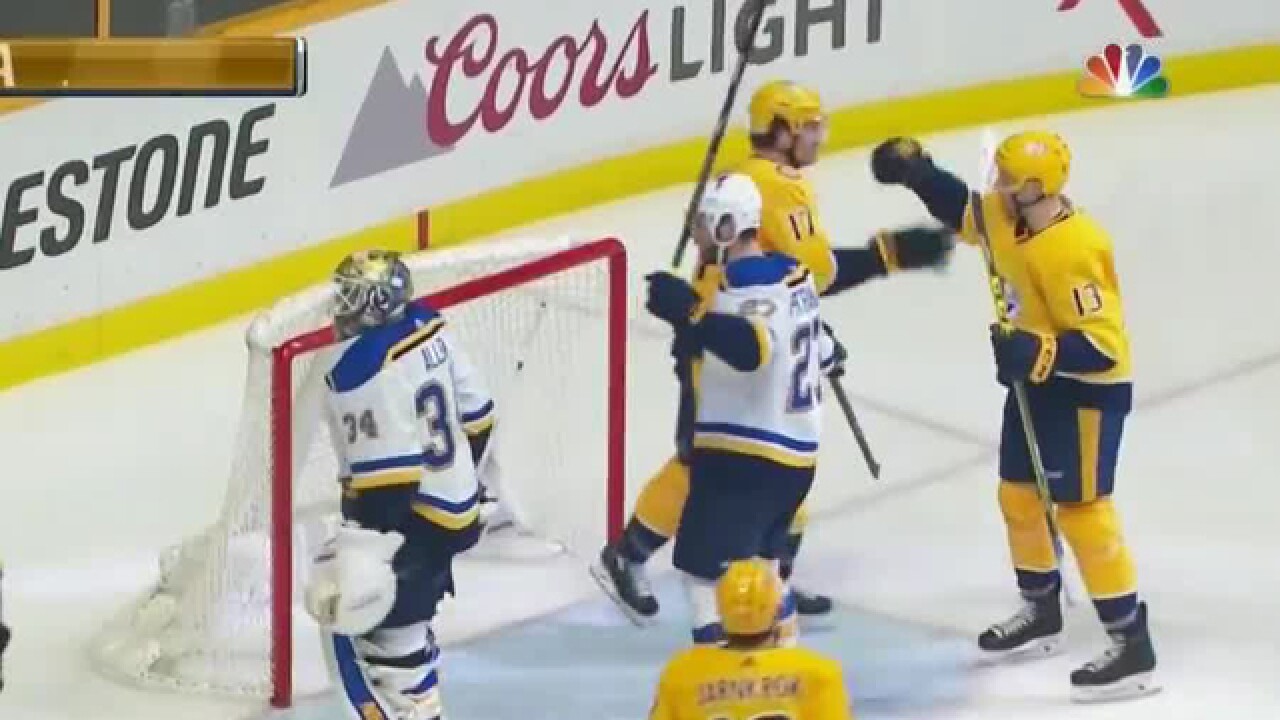 Pekka Rinne made 27 saves for his sixth shutout of the season and the Nashville Predators earned a 4-0 win over the St. Louis Blues on Sunday.

Rinne earned his 300th career win on Thursday against San Jose for the Predators, who regained sole possession of first place in the Central Division.

Austin Watson, Colton Sissons, Kevin Fiala and Scott Hartnell scored for the Predators, who have won four in a row.

St. Louis lost for the sixth straight game. The Blues have scored just seven goals in those games and have been shut out in consecutive games.

The Preds grabbed a 1-0 lead just 4:45 into the opening period when Sissons took a pass from Kyle Turris and zipped a short-range wrist shot past Jake Allen.

Nashville doubled its advantage with 5:39 left in the first when Fiala hit the 20-goal mark for the first time in his career. Turris carried the puck in deep on a 2-on-1 break, then fired a wrist shot past Allen to the far side.

The Predators struck early in the second period, with Hartnell scoring a goal for the third straight game. Calle Jarnkrok spun near the goal line and sent a pass through the crease to Hartnell, who blocked the puck in with his skate.

The Predators added a fourth goal later in the period. Watson scored on a short-handed breakaway attempt, putting the Predators ahead 4-0.

Blues: At Minnesota on Tuesday night.

Predators: At Winnipeg on Tuesday night.