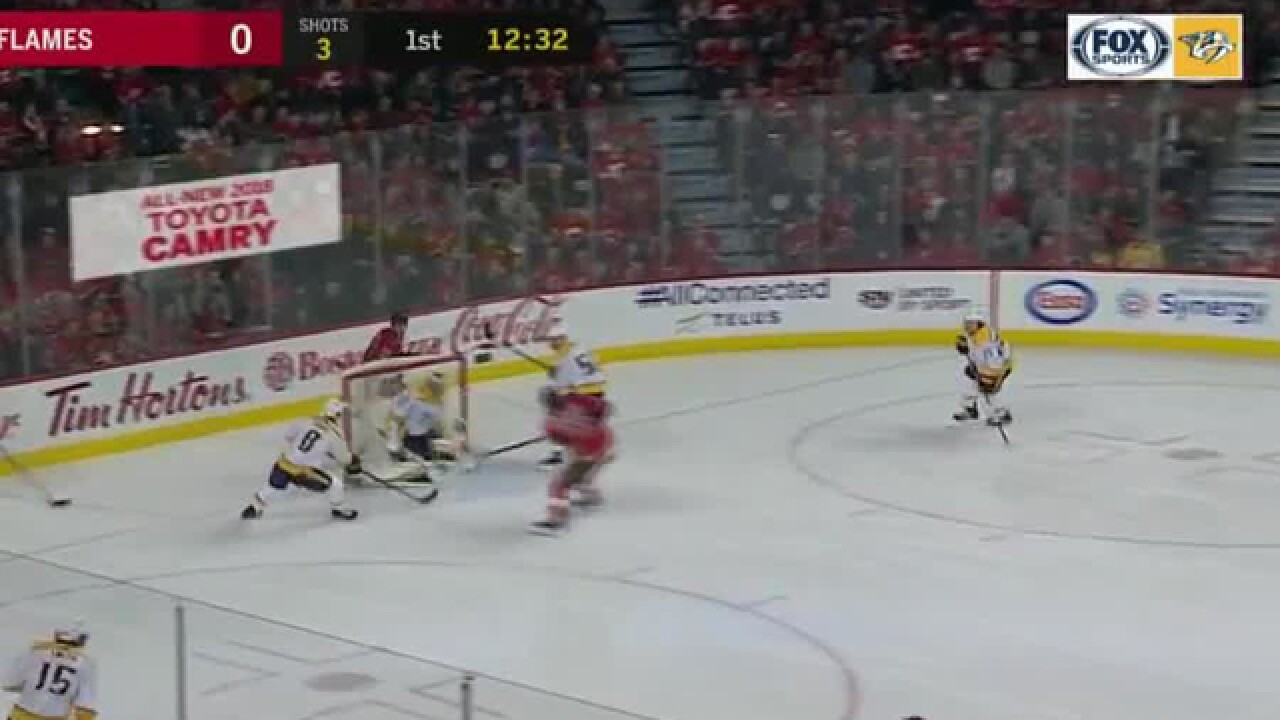 Rinne got his third shutout of the season and gave Nashville its second straight two nights after Juuse Saros had 46 saves in a 4-0 win at Edmonton.

Ryan Johansen and Kevin Fiala scored for the Predators, who are 6-0-1 in their last seven games.

Mike Smith finished with 26 saves for the Flames, who have lost two in a row.

The Flames outshot the Predators 12-6 in the first period, while defensemen Mark Giordano and TJ Brodie both rang shots off the crossbar.

Calgary's best chance to score in the first was by Micheal Ferland, who redirected a point shot by Dougie Hamilton on net, but was denied when Rinne kicked out his right pad to make the save.

Just past the 10-minute mark of the second period, Calgary's Garnet Hathaway was levelled by a blindside hit by Nashville's Austin Watson, who subsequently dropped the gloves to fight Troy Brouwer. While Watson was assessed a game misconduct and a five-minute major for interference, Brouwer took an instigator penalty for starting the fight.

During the ensuing 4-on-4 situation, Johansen swatted his own rebound past Smith to give the Predators a 1-0 lead at 11:17.

The Flames then had an extended 5-on-3 man advantage for 1:48, but all they were able to generate was three shots from the outside by Giordano.

Rinne made another great save with 2:15 to play in the second to deny a point-blank shot by Jaromir Jagr, who was set up nicely in front by Johnny Gaudreau.

Fiala extended Nashville's lead to 2-0 with 38 seconds remaining when he redirected a pass from Kyle Turris through Smith's legs.

The Flames pressed hard to get on the board in the third period and came close a couple times. Ferland redirected a shot by Sean Monahan off the crossbar during a Calgary power play before Jagr rang a shot off the post a short time later.

Flames: At Vancouver on Sunday.