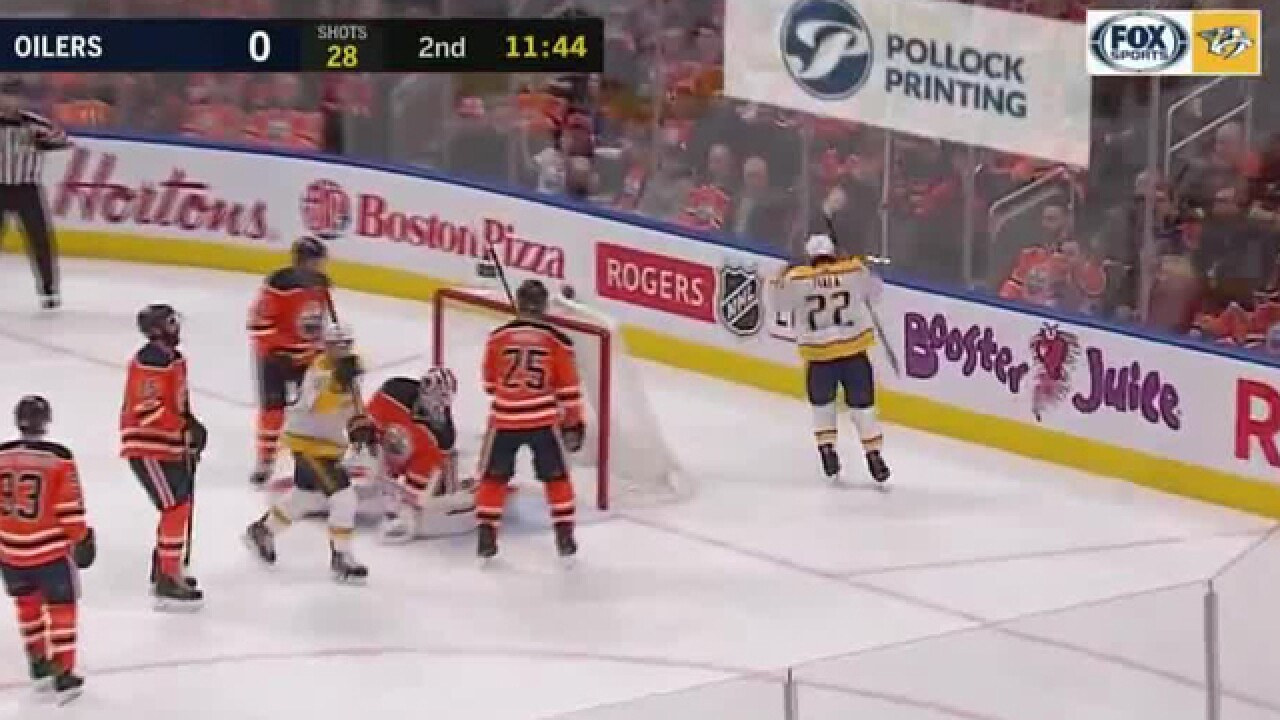 Juuse Saros made 46 saves for his second career shutout and Kyle Turris had a goal and an assist as the Nashville Predators kept up their torrid pace of late with a 4-0 victory over the Edmonton Oilers on Thursday night.

Pontus Aberg, Kevin Fiala and Roman Josi also scored for the Predators (20-7-4), who are 10-1-2 in their last 13 games and have won 10 straight against Edmonton.

Laurent Brossoit stopped 19 shots but the Oilers (13-17-2) lost for the second time in three games.

There was no scoring in the first period, but it certainly wasn't due to a lack of effort on the Oilers' part, as they outshot Nashville 22-4.

Nashville's fifth shot ended up going in as a high shot by Mattias Ekholm was tipped by Aberg past Brossoit three minutes into the second period. The goal was upheld following a video review for a high stick on the deflection.

Nashville added to its lead with a power-play goal five minutes later as a shot hit an Oilers defender and landed on the doorstep before being tapped in by Fiala.

The Predators made it 3-0 with five minutes left in the second when Turris rifled a shot to the top corner for his seventh of the season. A couple of minutes later, Josi scored from the side of the net on a two-man advantage.

The shots after 40 minutes were 33-13 in favor of Edmonton, and 46-23 following the scoreless third period.

Predators: Wrap up a three-game trip Saturday in Calgary

Oilers: At the Minnesota Wild on Saturday.