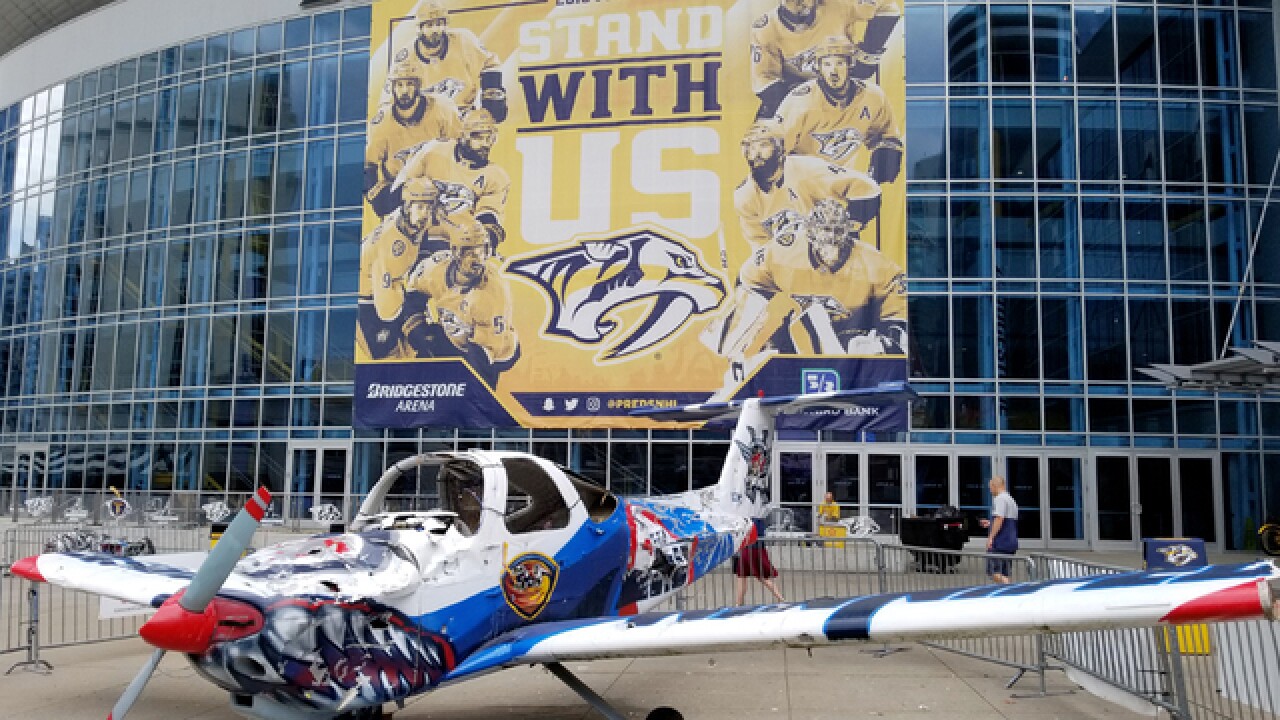 The Smash Car has become a favorite tradition of Predators fans during the playoffs before heading into Bridgestone Arena. For a small fee, fans are welcome to go up to the car and smash it with a giant hammer.

For the Winnipeg Jets, the Predators decided to bring in a small plane, or a "jet," to smash up, and as it worked its way toward destruction, it was always raising money for others through the Predators Foundation.

"The Preds Foundation is unique in that we spend our year putting on events and getting our players in the community to benefit everybody else," Rebecca King, senior director of community relations for the Nashville Predators, said.

The funds from this year's smash jet are going to the 365 Pediatric Cancer Fund through the Predators Foundation. It's a fund that was started by Pekka Rinne and Shea Weber, but the Preds Foundation benefits plenty of other causes, as well.

"Just last week, we gave out $600,000 to 149 different non-profit organizations that applied for funding," King explained.

While the money is a large part of the Predators Foundation, they also do a lot of work with the Predators players, working with them off the ice where they support the community that gives them so much support while they're on the ice.

"We do so much in the community," King said. "School visits, learn to skate programs. You name it, our guys love being out there."

So when you see the smash jet or a smash car in the plaza, know that people aren't just blowing off steam and aggression, they're also helping our community here in Nashville.