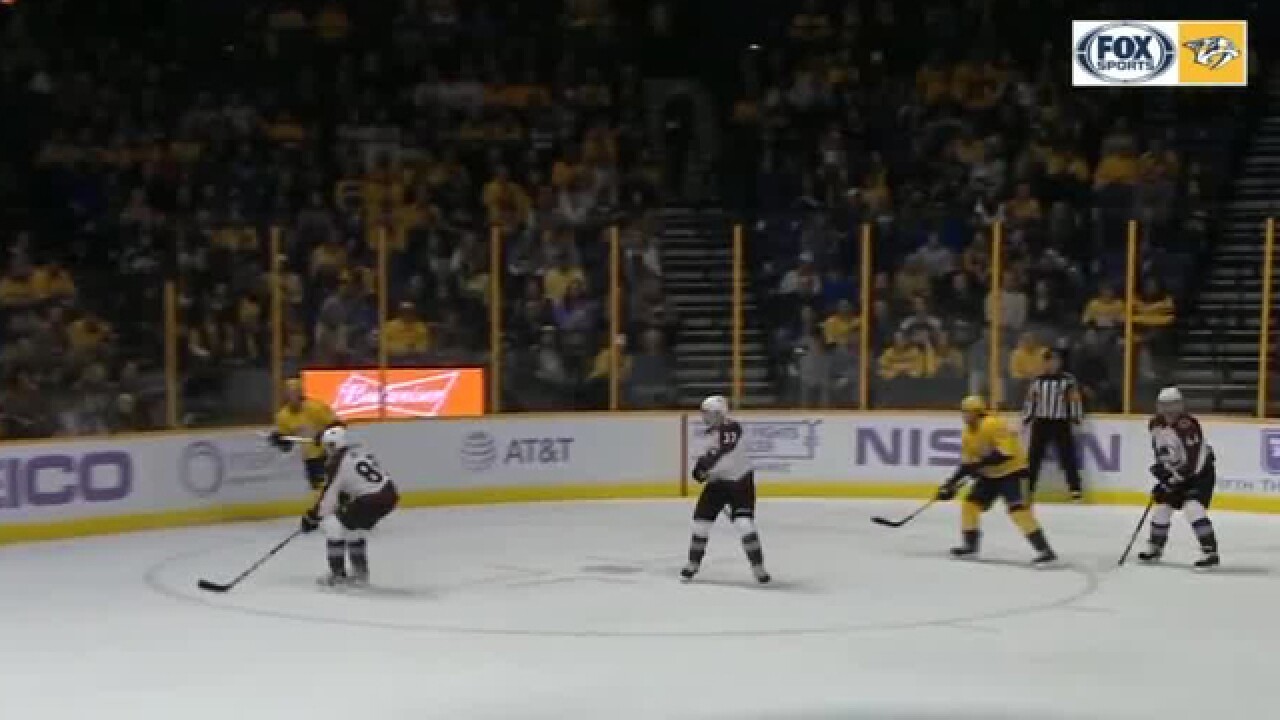 Craig Smith had a goal and an assist, Pekka Rinne made 29 saves and the Nashville Predators beat the Colorado Avalanche 5-2 on Saturday night.

Andrei Mironov had a goal and an assist and J.T. Compher also scored for Colorado, which has lost four of five. Semyon Varlamov had 19 saves.

Smith scored the game's first goal with 35 seconds remaining in the opening period. With Nashville on a power play, Varlamov stopped Subban's slap shot from the blue line, but Smith was in front and able to put the rebound in for his seventh goal.

Five of Smith's goals have come on the power play, tying him with Filip Forsberg for the team lead.

Nashville accrued 21 penalty minutes in the first period but didn't allow a goal. Colorado came up empty in 10:50 of power play time in the period, including a 5-minute opportunity after Austin Watson was assessed a major penalty for boarding following his late hit on Dominic Toninato.

Watson also received a game misconduct. Toninato, making his NHL debut, left the ice after the hit but later returned in the second period.

The Avalanche went 0 for 7 on the power play overall, with 16:54 on the man advantage.

Rinne's best save came with three seconds remaining in the second. With Colorado on a power play, Rinne slid from the right post to the left to get his left leg pad on a one-timer off the stick of Avalanche captain Gabriel Landeskog from the left faceoff dot.

Sissons made it 2-0 at 9:11 of the second, finishing off a tic-tac-toe passing play set up by Nick Bonino and Josi. Bitetto added a goal later in the period, and Ekholm and Arvidsson made it 5-0 with goals in the third.

Mironov ended Rinne's shutout at 15:23 of the third with his first goal of the season. Compher scored at 18:15.

Avalanche: At Detroit on Sunday night.