The Nashville Predators have announced that former captain Mike Fisher is coming out of retirement and returning to the team.

Fisher said there’s no real timetable for return, but his goal is to be back as soon as possible ahead of the February 26 roster-setting deadline.

“I believe this team is built to win and has a great chance and that’s part of it,” Fisher said. “But we didn’t win last year and it was still the best time of my career.” 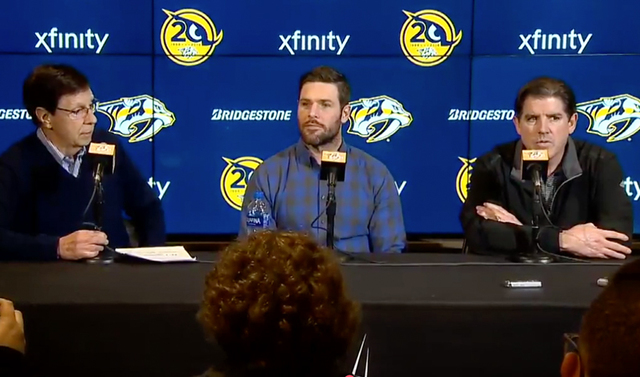 Fisher announced his retirement in 2017 after 17 seasons in the NHL. At age 37, he scored 18 goals last season while helping to lead the Preds to their first ever Stanley Cup Final appearance.

Fisher scored 109 goals for the Predators since being acquired ahead of the trade deadline in the 2010-11 season and has been apart of all six playoff series wins in franchise history.

Back in September, Roman Josi was named the seventh captain in team history.