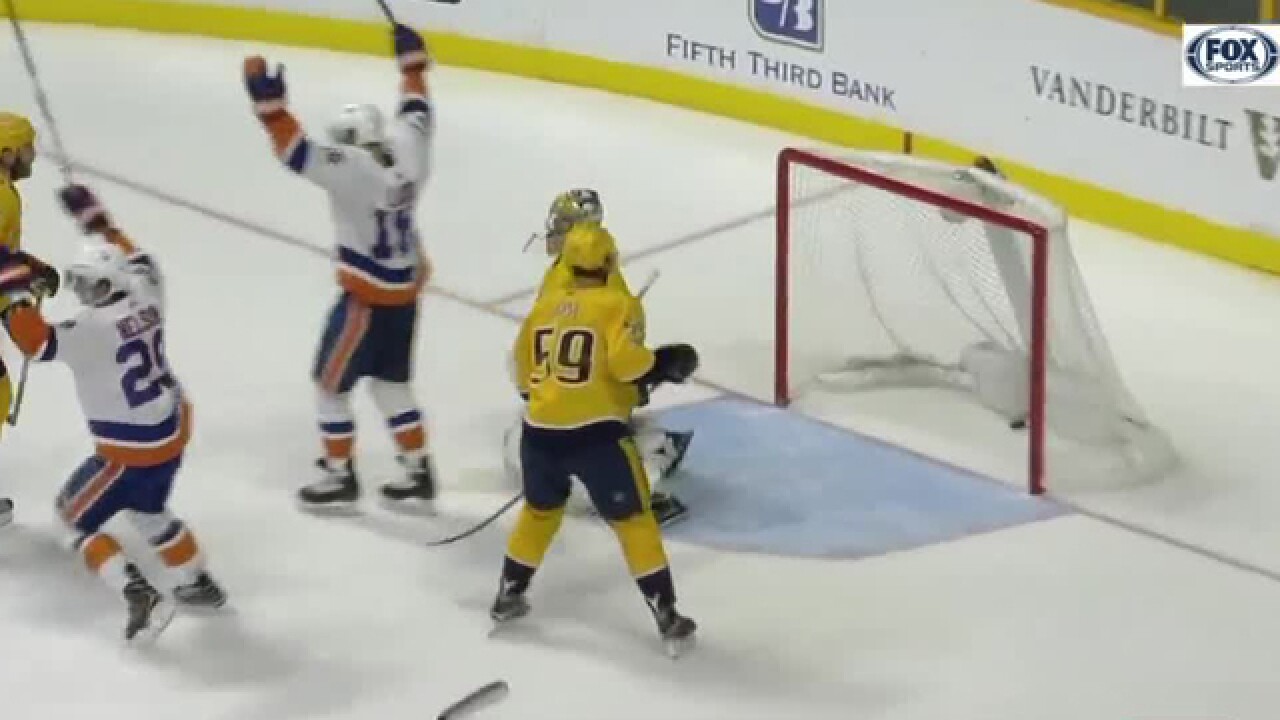 John Tavares scored a natural hat trick in the third period, leading the New York Islanders to a 6-2 victory over the Nashville Predators on Saturday night.

Jordan Eberle scored twice and Ryan Pulock had a goal for New York. Anders Lee, Brock Nelson and Anthony Beauvillier each had two assists to help the Islanders win for the fourth time in five games. Jaroslav Halak made 28 saves.

Filip Forsberg and Craig Smith scored for the Predators, who have lost three of four.

With the Islanders on a power play in the first period, Eberle's shot from the left faceoff circle beat goalie Juuse Saros between the pads for his first goal of the season.

Forsberg tied it at 3:55 of the second. Kevin Fiala drove the right side and his shot from in tight was stopped by Halak. Skating through the slot, Forsberg grabbed the rebound and drifted to the right before lifting a wrist shot under the crossbar for his eighth of the season.

The Islanders regained the lead at 9:55 of the second on a power-play goal from Pulock.

From above the right circle, Beauvillier sent a pass to Pulock in the center of the blue line, where he beat Saros with a one-timer low to the stick side.

Eberle struck again at 19:30 of the second with a wrist shot from the low slot.

Tavares scored his seventh of the season just 12 seconds into the third. Behind the Nashville net, Tavares disrupted a clearing attempt by Saros, with the puck going to Lee in the low slot. Lee threw the puck toward the net, where Tavares tipped it by Saros.

Tavares scored 2:40 later when he redirected Eberle's shot from the left circle. He completed the hat trick and scored New York's third power-play goal of the night at 7:26.

Smith concluded the scoring with a power-play goal at 13:57.

Making his third start of the season, Saros finished with 17 saves.

NOTES: Forsberg's eighth goal set a franchise record for the season's first month. ... All three of Saros' starts this season have come against Eastern Conference opponents. ... Lee has points in four straight games. ... New York RW Josh Bailey had an assist to extend his point streak to six games.

Predators: At the San Jose Sharks on Wednesday.