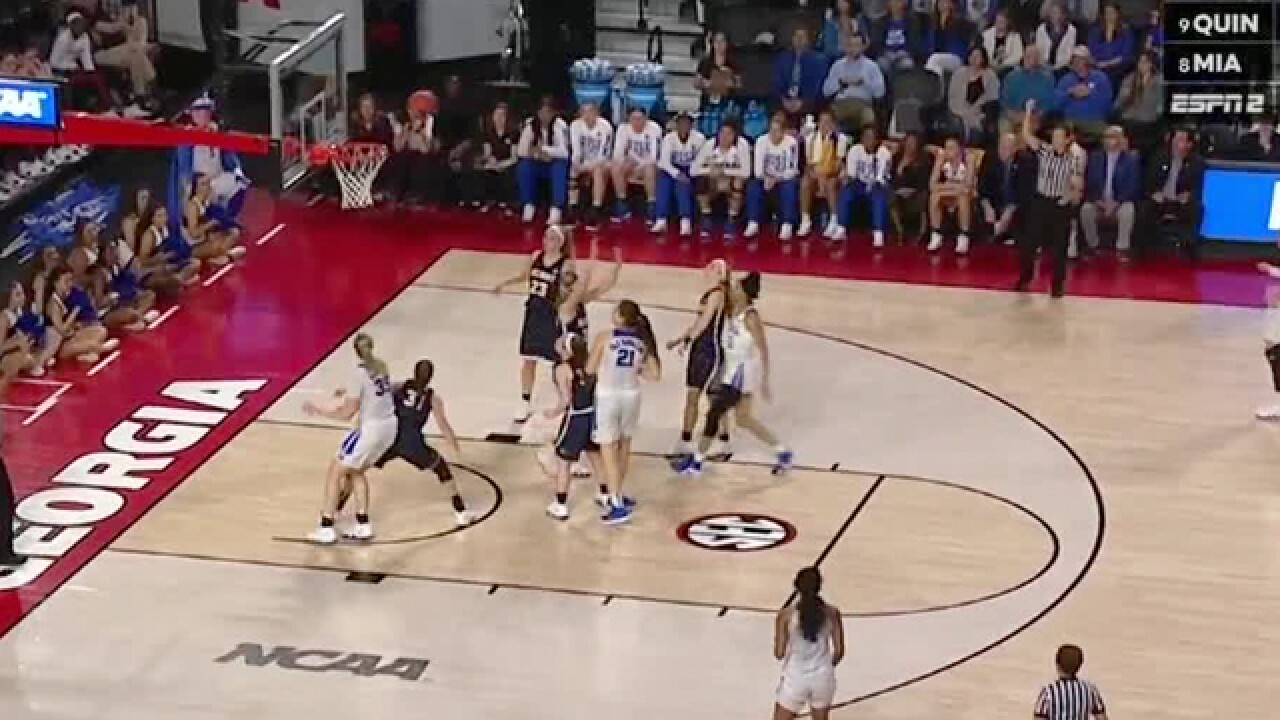 Leaonna Odom scored a career-high 25 points, including nine in Duke's dominant third period, and the fifth-seeded Blue Devils beat No. 12 seed Belmont 72-58 in the first round of the women's NCAA Tournament on Saturday.

Duke's Rebecca Greenwell, who had 18 points, opened the third period with a layup and closed the quarter by sinking a 3-pointer to give Duke a 53-40 lead.

Belmont (31-4) saw its 22-game winning streak end. The Bruins were denied in their bid for their first NCAA win.

Belmont scored the first six points of the final period, closing the gap to 53-46, forcing a timeout by Duke coach Joanne P. McCallie. Odom ended the run by scoring on a layup and a jumper following the timeout.

The Bruins relied heavily on 3-pointers, including three by Kylee Smith. Sally McCabe's 3 with 1 minute remaining cut Duke's lead to 65-56.

Lexie Brown, who had 13 points, made six free throws in the final 1:18 to protect Duke's lead.

For the second straight year, Belmont gave a favored team a scare. After a 73-70 first-round loss to Kentucky in last year's tournament, the Bruins led Duke 31-28 late in the first half following back-to-back 3-pointers by Ellie Harmeyer. Duke scored the final four points of the half for a 32-31 lead.

Odom entered the tournament averaging 8.5 points per game but has scored in double figures in four of the last six games.

Belmont: The Bruins stayed close early with their sharp long-distance shooting, making 8 of 14 3-pointers in the first half. Kylee Smith sank Belmont's first 3-point attempt of the second half. The Bruins couldn't continue the pace, finishing 11 of 28 on 3s.

Duke: The Blue Devils took their 24th consecutive first-round win. UConn has the nation's longest streak, at 25 games. ... Brown's school-record streak of 29 games with a 3-pointer ended. She missed each of her four attempts. ... Erin Mathias had 10 points.

Duke will play the winner of the Mercer-Georgia game in Monday's second round.