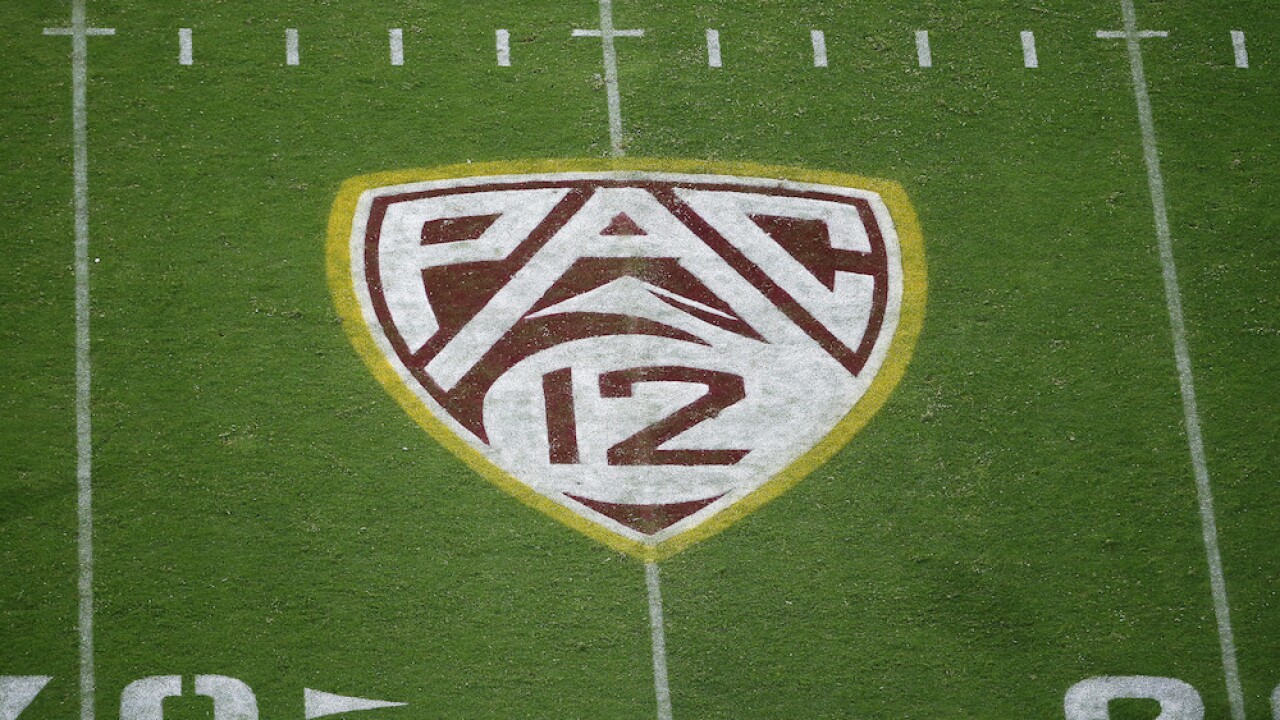 Copyright 2019 The Associated Press. All Rights Reserved.
Ralph Freso/AP
FILE - This Aug. 29, 2019, file photo shows the PAC-12 logo at Sun Devil Stadium during the second half of an NCAA college football game between Arizona State and Kent State in Tempe, Ariz. The Pac-12 Conference will allow voluntary workouts on campus for all sports beginning June 15, subject to the decision of each individual school and where allowed by local and state guidelines, the conference announced Tuesday, May 26, 2020. (AP Photo/Ralph Freso, File)

A group of Pac-12 football players says it won't practice or play until its concerns about playing during the COVID-19 pandemic and other racial and economic issues in college sports are addressed.

“We believe a football season under these conditions would be reckless and put us at needless risk,” the players said in their news release. “We will not play until there is real change that is acceptable to us.”

The players posted a statement on The Players' Tribune website and on social media and sent out a news release.

One of the players tells The Associated Press that more than 400 of his peers throughout the Pac-12 have been communicating about the issues they are raising.

The players are concerned about the risks of COVID-19 and think the conference and NCAA lack transparency, uniformity and adequate enforcement infrastructure. The news release listed the names of 13 Pac-12 players, including Oregon star safety Jevon Holland.

The NCAA has released guidelines for COVID-19 testing and other health and safety protocols to be used by schools, and Power Five conferences — the Pac-12, Big Ten, Big 12, ACC and SEC — are finalizing their own similar recommendations.

The Pac-12 also announced Friday that 20 hours per week of mandatory team activities for football, including weight training, meetings and unpadded walk-through practices, will be permitted to begin Monday. Preseason football practice for Pac-12 schools is set to begin Aug. 17.

The states of Arizona and California, home to half the Pac-12 schools, have been hit by some of the most severe surges in COVID-19 cases over the last month. California-Berkeley has announced the fall semester will begin with all classes being taught online. USC said most of its classes will be online for the coming semester.