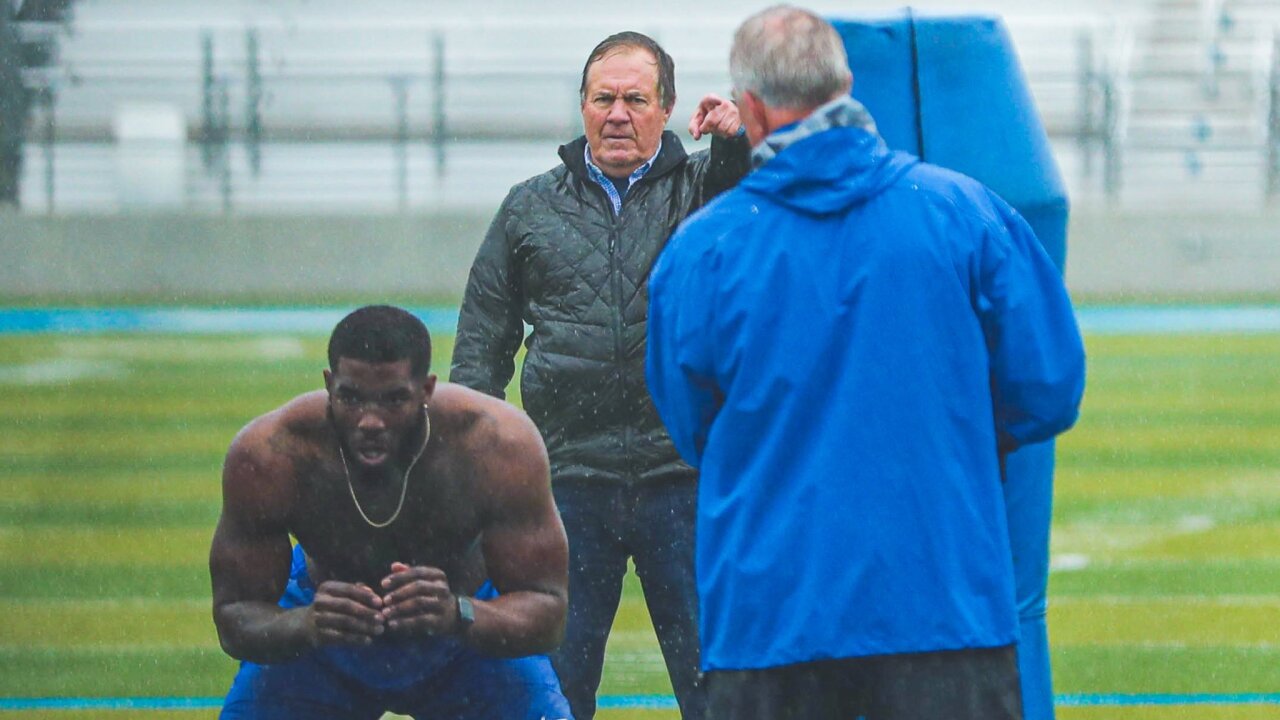 According to a tweet by the MTSU football program, Belichick was on campus to watch Blue Raider's defensive end Tyshun Render workout.

Render finished the 2019 season with a career-high 49 tackles. He intercepted the first pass of his college career against Marshall.

The visit by the 6-time Super Bowl winning coach could be seen as a surprise, especially considering the NFL Combine is being held this week in Indianapolis.

The 2020 NFL Draft is scheduled to begin April 23 from Las Vegas.