Preds Confident Even With Backs Against The Wall 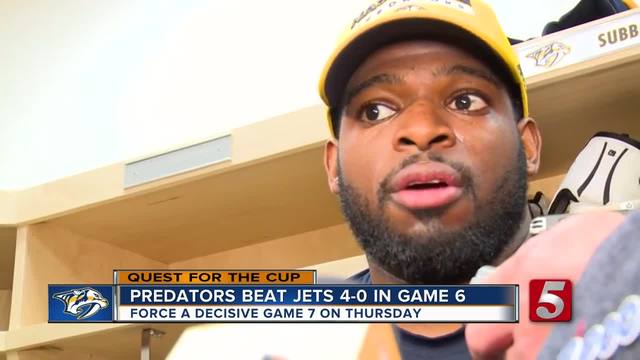 P.K. Subban said the Predators would go to Winnipeg and win a hockey game, and that’s exactly what they did. The Preds staved off elimination and forced game seven Monday night with a 4-0 win over the Jets in game six. 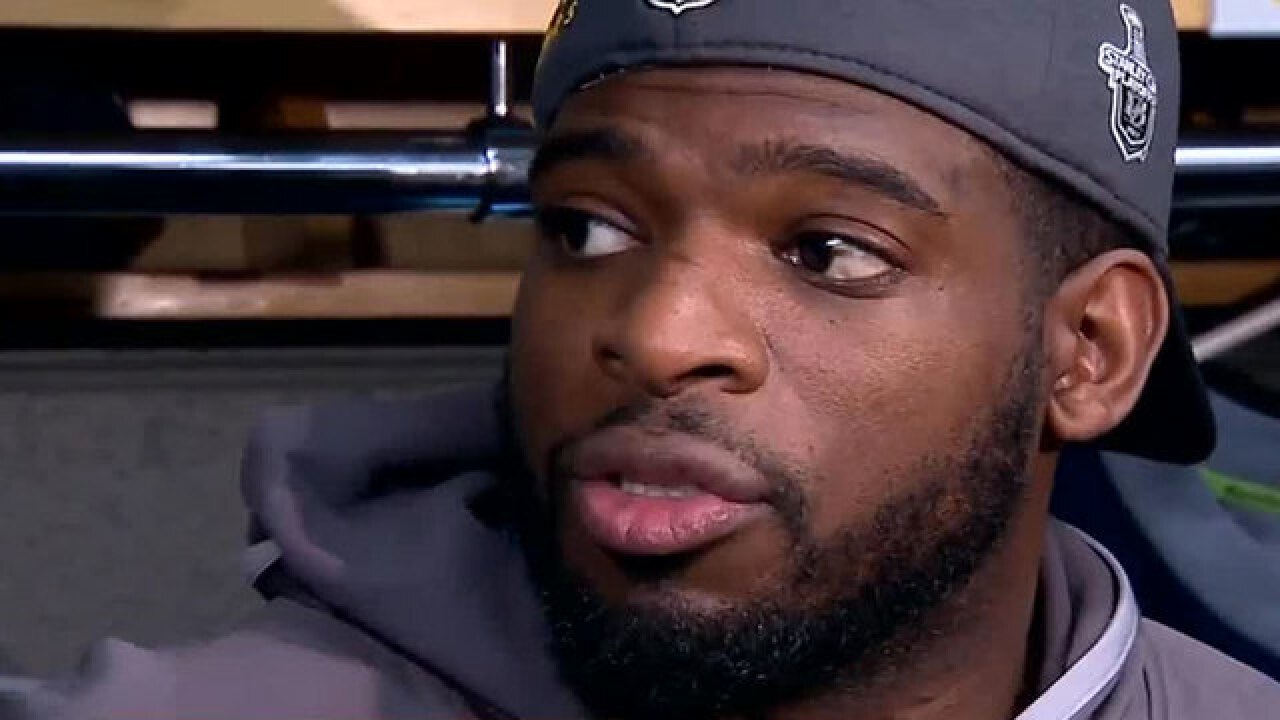 P.K. Subban said the Predators would go to Winnipeg and win a hockey game, and that’s exactly what they did. The Preds staved off elimination and forced game seven Monday night with a 4-0 win over the Jets in game six.

Viktor Arvidsson spectacularly redirected a Roman Josi shot just 1:02 into the game to put Nashville on the board first. Filip Forsberg added a pair of highlight real goals to help the Preds seize control. And Pekka Rinne bounced back after getting pulled in game five, stopping all 34 shots he faced for his second shutout of the playoffs.

The victory makes Subban 3-0 at predicting victories, following up on some accurate bravado during last year’s playoff run, and sets up perhaps the most anticipated game of the playoffs Thursday night. A win or go home, decisive game seven between two of the Stanley Cup favorites.

The Predators should feel confident. Subban’s declaration after a 6-2 loss in game five wasn’t so much a guarantee as it was the temperature of the room. While everyone else counted them out, the Preds had no doubt they could brush off the pressure and invade the great, white north and get a win.

A lesser team might wilt under the burden of championship expectations and an elimination game on the road in the second round. But that’s not these Predators.

Remember, this is a team that’s won five playoff series over the past three seasons, made it all the way to the Stanley Cup Final last year and won more games than any other team this season.

“It’s nice for someone to actually say it,” Rinne said after Monday’s win. “It’s not easy for everybody to talk about, but that’s what we’re all thinking.”

The Predators have earned the right to be confident they can beat anybody, including a Jets team that finished with the second best record in the NHL this season. They earned seven of a possible 10 points against Winnipeg during the regular season, and had bounce back victories in games two and four as well. In fact, the Preds are now 5-0 following their losses this postseason.

But the Jets have every reason to feel confident as well. They may have less experience than the Predators, but they’ve stood skate to skate with them all year, and controlled large swaths of this series with their speed and ability to strike from all areas.

These are the two best teams in the NHL. There’s a reason they have alternated wins through the first six games of this series and no one has been able to pull away.

Perhaps, for that reason, the Jets should be the favorite for game seven. They have two days to figure out what happened in game six and try to correct things for the finale.

Or maybe the Predators have figured them out. Besides a roughly 25 minute stretch in game five in which Winnipeg scored a whopping six times, Nashville has shut them down for the better part of three games. Of course, that brings up the biggest problem with containing the Jets in a one game scenario. You may do it for 50-55 minutes, but they can kill you if you let off the pedal for even a second.

So the Predators will have to have another complete 60 minute effort (and maybe more) in game seven. That’s what it will take to fend off such a worthy challenger.

It’s a battle the Preds are ready for, and they’re confident they will prevail. Even if there’s no guarantee.