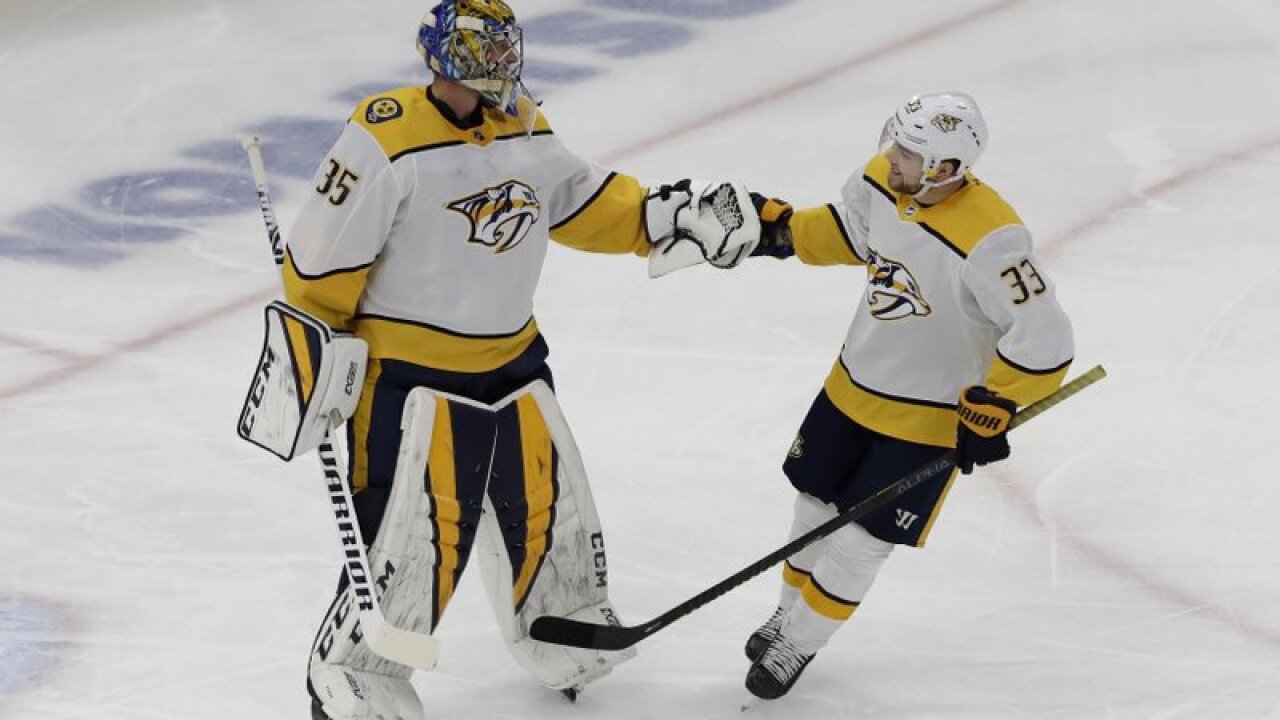 NASHVILLE, Tenn. (WTVF) — Pekka Rinne became only the 12th NHL goalie to score a goal and the Preds got back on track Thursday night against the Chicago Blackhawks.

The Predators 5-2 win against their rivals gave new coach John Hynes his first victory since taking charge earlier this week.

Nashville jumped out to a 3-0 lead after the 1st period thanks to goal from Viktor Arvidsson, Colin Blackwell and Matt Duchene.

Chicago brought it back to 3-2 late in the 3rd period, but empty net goals by Nick Bonino and the suprising Pekka Rinne finished off the Blackhawks.

Rinne was mobbed by teammates after his shot with the length of the ice and found the back of the net.