Tannehill named Comeback, Most Improved Player of the Year 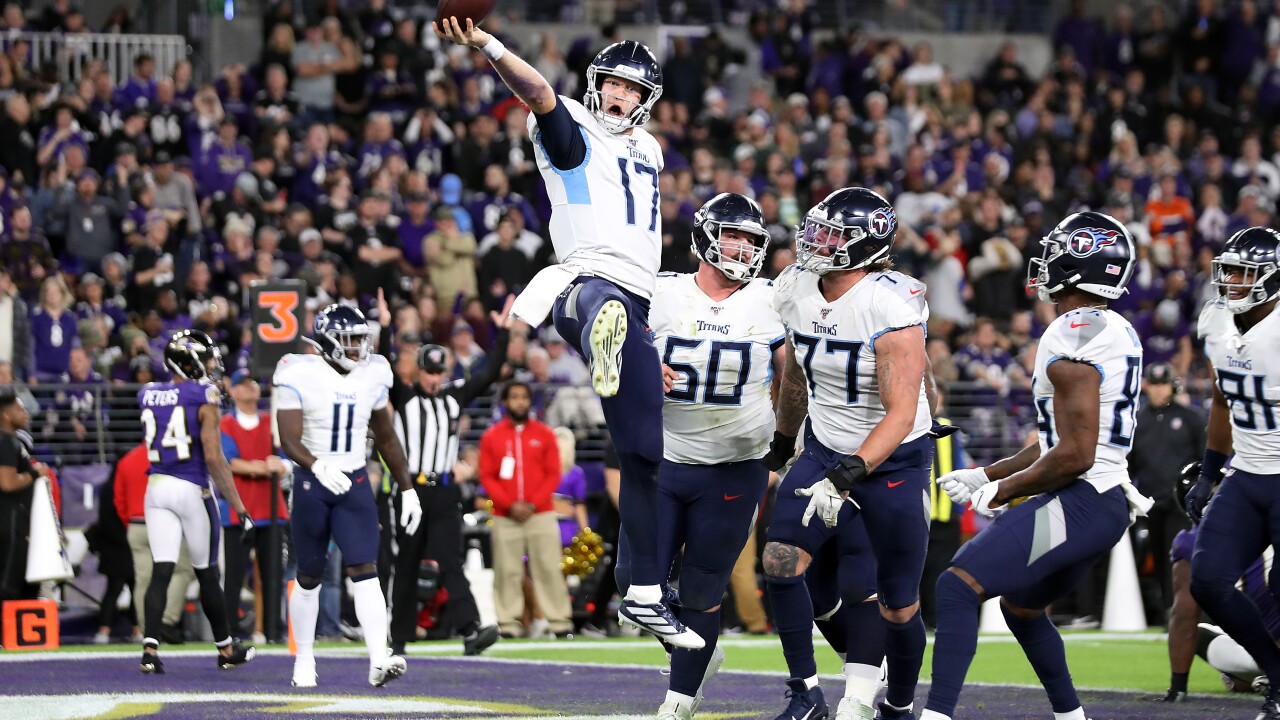 Rob Carr/Getty Images
BALTIMORE, MARYLAND - JANUARY 11: Ryan Tannehill #17 of the Tennessee Titans celebrates after rushing for a 1-yard touchdown during the third quarter against the Baltimore Ravens in the AFC Divisional Playoff game at M&T Bank Stadium on January 11, 2020 in Baltimore, Maryland. (Photo by Rob Carr/Getty Images)

The awards are a testament to Tannehill's season, especially considering he didn't even start a game until Week 7. The Titans are 9-3 since Tannehill was named the starter under center.

"It’s cool. It’s something that you don’t really think about as things are happening, but it’s cool to be honored in such a way," Tannehill told reporters Friday, "It just makes me thankful for the guys I’ve got to play with this year, and how this team has responded to everything we’ve been through."

Tannehill was reserved when asked if he has improved this season compared to his final season in Miami.

"It’s tough to say. I think if you look statistically, obviously it’s better, but I don’t feel like I’ve changed a whole lot," said Tannehill.

The statistics are eyebrow raising. Tannehill's 22 touchdown tosses have been the catalyst to take pressure off of running back Derrick Henry.

Titans Head Coach Mike Vrabel seemed to share the sentiment of the writers who voted for Tannehill.

"I know that he's very deserving. He's worked very hard. He came in, he learned the offense, he supported Marcus (Mariota), he's developed into an outstanding leader, and he's done a great job for us," Vrabel said of his signal caller.

Tannehill also led the NFL in passer rating this season.